Chennai Super Kings (CSK) supporters were ashen-faced. Almost distraught. A record fourth IPL title appeared to be slipping away as their captain – and national demigod – MS Dhoni trudged off after being spectacularly run out.

Chasing a modest 150 against Mumbai Indians, CSK were spiralling at 82-4 in the 13th over.

They shouldn’t have been so crestfallen. Shane Watson – who when he is bludgeoning boundaries through his powerful physique looks remarkably like Thor wielding a hammer – was still there. And he quickly became a one-man wrecking ball with a flurry of muscular shots to the boundary.

He made his move in the 16th over by smashing three consecutive boundaries off Lasith Malinga and suddenly CSK needed only nine runs off the final over to claim the title. Watson was on the cusp of becoming the hero.

Almost fittingly, considering Watson’s knack for tragic comedy, it did not go to script. On the third last ball, with just four runs needed for victory, he was run out attempting a second run to end his brilliant 59-ball 80.

It all ended in heartbreak for a gallant CSK, who were so close to an upset over mighty Mumbai. Malinga proved to be the real hero with a clutch slow cutter that completely bamboozled Shardul Thakar on the last delivery as Mumbai won an epic by one run to trigger wild celebrations.

Malinga raised his arms aloft like a heavyweight boxing champion. Mumbai captain Rohit Sharma raced around like he had suddenly summoned the agility of Usain Bolt.

Conversely, a stoic Dhoni was expressionless when he offered his congratulations to the victors. A dejected Watson, never one to hide his emotions, looked dishevelled. It’s easy to be cynical of the IPL but you could genuinely see how much it meant to the players, especially Watson.

He desperately wanted to win.

A point underscored when it was revealed he batted through excruciating pain after cutting his leg that later required six stitches. A photo from teammate Harbhajan Singh showing Watson batting in blood soaked kit quickly went viral on social media.

Since the IPL is an afterthought in Australia, few of his compatriots probably watched Watson’s courageous knock.

That’s a shame, really, because Watson’s dubious perception still largely holds amongst his compatriots. The 37-year-old is much more beloved in India after years of stellar performance in the IPL.

Down Under, Watson has probably been the most ridiculed Australian cricketer in modern times. Only Shaun Marsh could have more claims. After averaging only 35 in 59 Tests, Watson’s true talent to his critics was clinging onto his spot for so long in the Australian team.

He was one of those frustrating batsmen who looked the goods at the crease…then gone. But just when you thought Watson’s career was over, he rose again. He always somehow did just enough. Much like Marsh who has found his way into the World Cup squad at almost 36 years of age.

Watson’s case wasn’t helped by looking crestfallen every time things went badly for him, and exacerbated by the lunacy of his repeated DRS referrals even when he looked plumb lbw. It was easy to paint him as a prima donna, but he’s been misjudged this whole time. 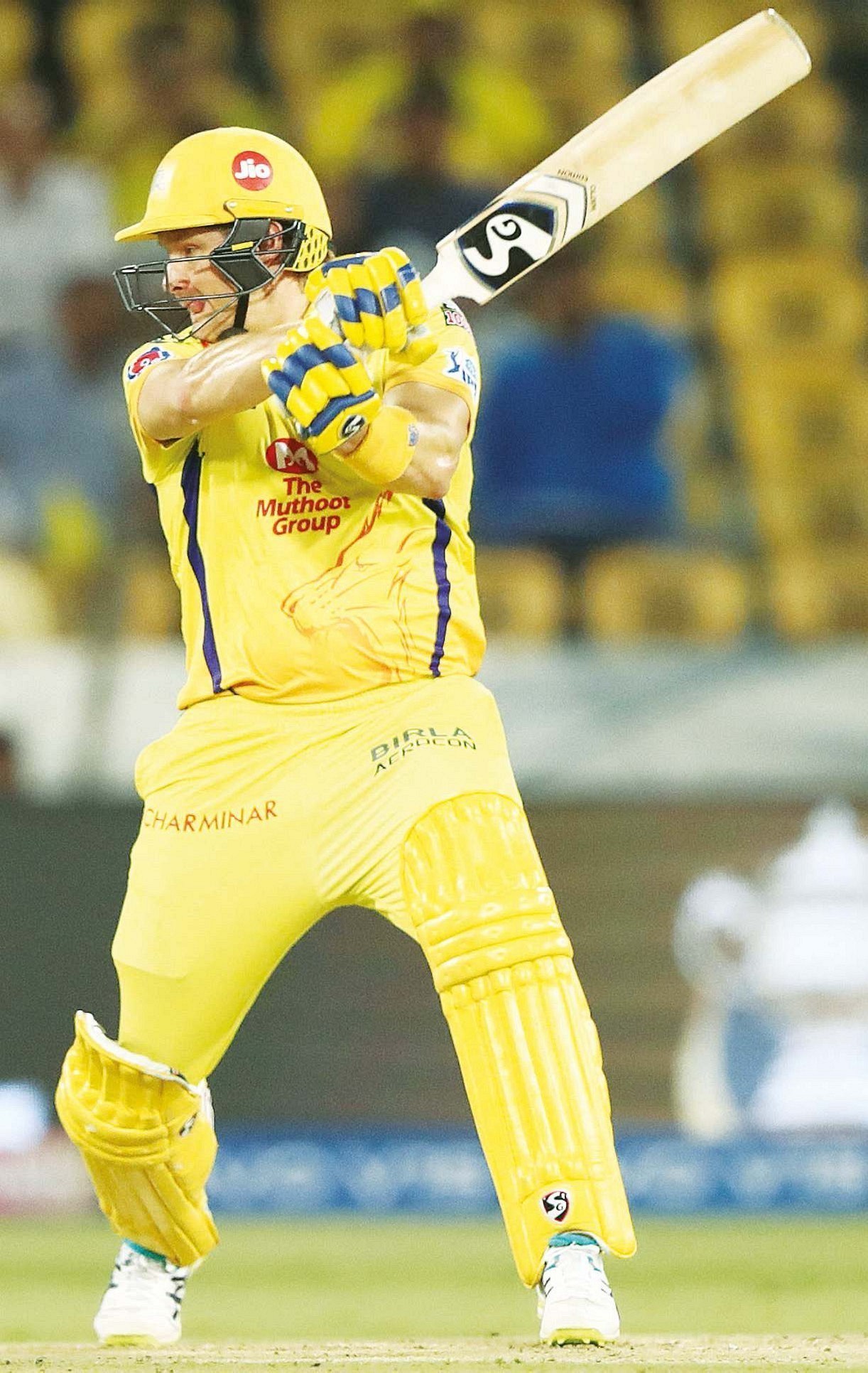 Splitting opinions: Despite his best efforts for Australia, Shane Watson is still viewed indifferently Down Under
PICTURE: Getty Images

Maybe he could have toned down the histrionics a bit, but Watson has always meant well. As he showed in the IPL final, Watson has a bucket load of passion and fights for his team. It’s not really his fault that he was shoehorned into the national team as a 20-year-old and hailed as an all-rounder saviour.

He had the impossible task of being Australia’s Jacques Kallis but he did actually become one of the very best all-rounders of his time. Perhaps he underachieved in Test cricket, but Watson was a great limited-overs player and Australia have missed him badly since he retired three years ago.

Australia have generally been a mess in the ODI format since winning the last World Cup. There are many reasons for their spiral but, surely, Watson’s absence is one of them. He’s been badly missed.

His flexibility to bat anywhere was an absolute luxury – totally undervalued – for so many years. He averaged 40.5 with a strike rate of 90 in 190 ODIs.

He once scored 185 not out from 96 balls as an opener, but could plug any hole. At the last World Cup he provided composure at No.5 and conjured one of the team’s most important innings of the tournament.

In a tense quarter-final against Pakistan, Watson gutted through furious bowling from Wahab Riaz and posted a match-winning unbeaten 64 to guide Australia past their toughest test of the knockout stages. They romped home to the title after that.

With the ball, Watson’s consistent medium pacers were highly important and he finished with 168 wickets at an average of 31.79.

Australia seemingly have a ready replacement in Marcus Stoinis, who is very much built – both physically and in all-round talent – like Watson and is tipped to play in the Cup opener against Afghanistan.

But he’s inconsistent, much more than the maligned Watson, and feels a risk in the middle-order alongside the mercurial Glenn Maxwell.

The team has felt a bit out of whack without Watson’s dependability with bat and ball. Maybe a disappointing World Cup for Australia will finally change his perception. Perhaps he’ll be belatedly appreciated.