Tip for the top: Somerset’s Tom Lammonby has the technique and mental strength to make it to the highest level
PICTURES: PA Images 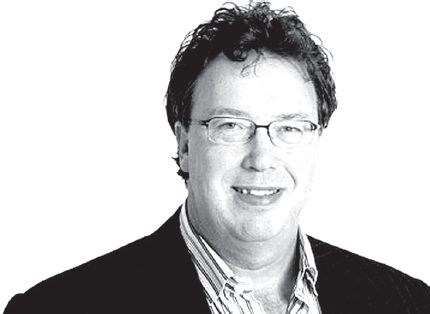 One of the unexpected highlights to emerge from English cricket’s Covid-attenuated season was the chance given to young players to strut their stuff. With many overseas players and Kolpaks affected by travel restrictions many counties looked instead to the young talent on their staffs with gratifying results.

Some of the youngsters, like Somerset’s Tom Lammonby, looked potential England players, the 20-year old left-hander instrumental in Somerset’s passage to the final of the Bob Willis Trophy. There against Essex he made his third hundred in six matches, an exceptional effort for an opening batsman in a summer short on placid pitches.

That he finished on the losing side in that final, by dint of Essex drawing the match with a higher first innings score than Somerset, was due to another left-hander, Sir Alastair Cook, one of cricket’s great batsmen. Batting when conditions were at their easiest, Cook made 172 with a greater fluency than we normally associate with him. High praise then that Lammonby’s 116 in the second innings was almost its equal.

Born in Exeter and educated at Exeter School, Lammonby has an Australian father who came to play club cricket in England during the late 1990s and stayed, eventually marrying here and settling in the south west. The young Lammonby played Devon agegroup cricket before graduating to the full Devon side whereupon Somerset’s scouts pounced and he was put through the county’s Academy. It is a well trodden route with six of the county’s current playing staff having taken it.

In his first season at Somerset and batting in the late middle-order, Lammonby played a dozen T20 Blast matches as an all-rounder without distinction. Indeed, he can bowl brisk left-arm seamers, a handy skill to go with his fine, athletic fielding.

Asking him to open the batting was a leap of faith given he’d only ever done it in local club cricket. But needs must and with Somerset’s two overseas openers from 2019, Azhar Ali and Murali Vijay, both indisposed and with Marcus Trescothick retired, expediency ruled and Lammonby was thrust unto the breach. Full credit, then, to him for seizing his opportunity.

Although a wide audience would have seen his fine hundred at Lord’s it was the one made against Worcestershire a few weeks earlier, where he carried his bat, which first suggested an exceptional talent had been unearthed.

On a less than straightforward pitch at New Road, Somerset led by 51 runs on first innings after making 251. Their second innings, the third of the match, was where the game would be won or lost and, initially, it looked the latter after Somerset plunged to 82 for six. Until then Lammonby had favoured cautious occupation over strokeplay. Yet, realising he was running out of partners, and that a steadfast half-century wouldn’t really cut it the team went on to lose, he changed gear scoring the last 60 runs of his unbeaten 107 at a run-a-ball.

Somerset made 193 and went on to win by 60 runs as Worcestershire chased 253. But it is only when you consider that the next highest score for them in that second innings was 21 that you realise just what a special and enterprising knock it had been.

England’s selectors should be excited, though their obsession with pathways means Lammonby will probably have to do England Lions tour or two before they trust his talent. Unrefined as he is there is one aspect where he lords it over England’s current Test openers, Dominic Sibley and Rory Burns, he is much easier on the eye.

If Lammonby was the standout beneficiary from counties blooding youngsters, others also flourished. Essex won the Bob Willis Trophy with a team sporting the oldest average age in the tournament. But they did play 21-year old local lad, Feroze Khushi, a middle-order batsman of some promise.

With a few decent scores, including 66 against Surrey, the youngster was preferred to Nick Browne for the later part of the conference stage. Yet, having reached the final, Essex reinstated Browne and dropped Khushi, unthinkingly adding insult to injury by then spraying him with beer during the team’s victory celebrations – any contact with alcohol strictly forbidden by Khushi’s Islamic faith.

Kent’s Jordan Cox was only 19 when he blazed an unbeaten 238 against Sussex at Canterbury in early August. He didn’t do anything quite as spectacular again adding just 86 runs in his other five innings. But to make a firstclass double hundred at such a tender age suggests an exceptional talent.

So far, it has all been batsmen with another Surrey’s Jamie Smith (19) also deserving of a mention. But it is Smith’s Surrey team mate, the left-arm spinner Daniel Moriarty (20), and off-spinner Jack Carson (19), of Sussex, who have promoted youth among the bowlers.

Before Surrey, Moriarty had already experienced an interesting cricketing journey having played as a teenager in the Lancashire County League, schools cricket in Cape Town, followed by a short stint in Suffolk. Finally, he joined MCC Young Professionals at Lord’s from where he was spotted by those south of The River.

Tall, with a feisty, competitive nature, Moriarty is not a big spinner of the ball, though there is scope to work on that with him learning to lean back less and bowl more over his front leg. Despite that, he has proved adaptable having done well in both T20 and four-day cricket.

For Surrey, his 17 wickets at 20.11 were taken in two matches and bettered, in total, only by off-spinner Amar Virdi, who took 22 wickets at 25.9 from five matches. As second spinner, Moriarty would only have played on pitches threatening to turn. Even so, it is an impressive haul.

Carson, who plays for Sussex, is also very competitive but in less demonstrative ways. He spins the ball more than Moriarty, his 15 wickets from four matches making him Sussex’s leading wicket-taker in the Bob Willis Trophy.

Hailing from County Armagh, he finished his schooling at Hurstpierpoint College 10 miles north of Brighton which is where Sussex spotted him.

Like many young spinners, he has a tendency to let his bowling arm go beyond the perpendicular, meaning he tends to bowl the ball from outside the line of his front foot.

When that happens, you don’t get the right flight shape on the ball to threaten both edges of the bat, something desirable in fourday cricket but less in the shorter formats where spinners try to shut one side of the field off from batsmen.

Like Moriarty he is young and will learn and quickly which, along with the batsmen mentioned here, is the joy of young talent. Setbacks are inevitable going forward but provided they don’t become impasses there is no reason why the fledgling stars of this attenuated season cannot become the champions of next.