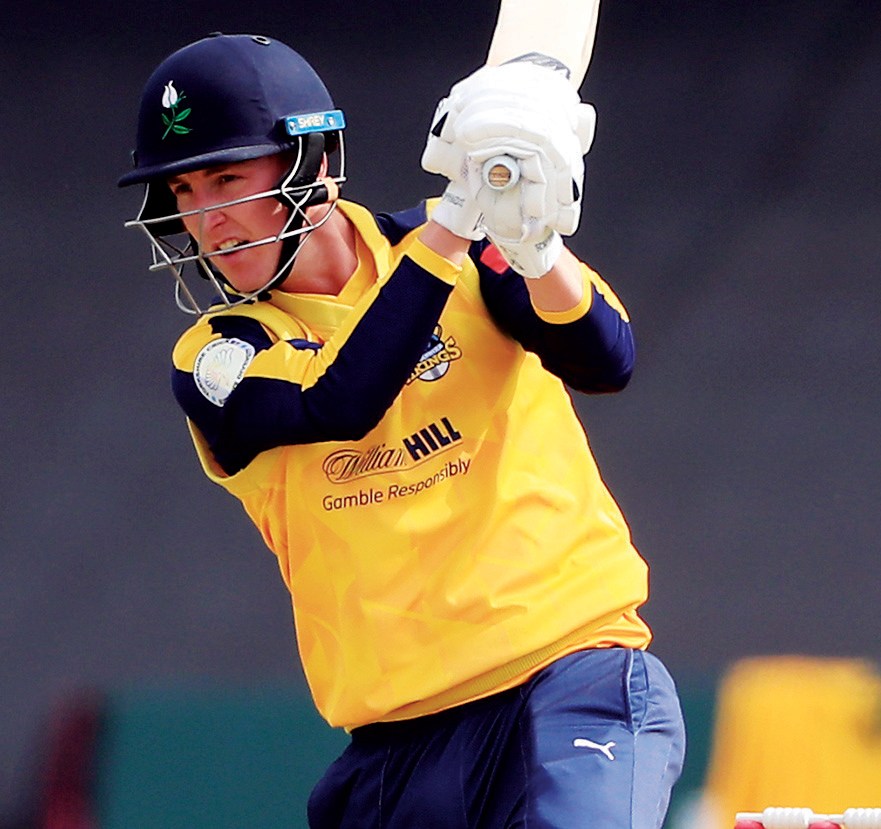 Patience: Harry Brook’s time at the crease was limited for Yorkshire this season
PICTURES: PA Images

THE short season this summer inevitably meant that a few glimpses only were seen of the promising talent and potential of Yorkshire’s 21-year-old middle order batsman Harry Brook who made his first class debut in 2016.

What Brook needs more than anything else is time in the middle, and lots of it, so that his undoubted skill can develop; instead he was restricted to five first-class games only in the Bob Willis Trophy and eight innings in the Vitality Blast.

With 41 and 66 not out against Durham and then 62 and 30 at Trent Bridge and 53 against Derbyshire, Brook can be satisfied with the progress he made in the four-day game, and his record in the T20 was consistent too – Brook’s best knock being the match-winning and unbeaten 50 to beat Derbyshire off the last ball as he smashed the boundary to clinch Yorkshire’s third win only in their final match.

With two hundreds so far in the County Championship – against Essex in 2018 (124) and last season’s 101 against Somerset – and 101, also in 2019, in the Royal London Cup against Leicestershire, Brook has revealed his class periodically although he hasn’t always been consistent, but now that he’s switched to the middle order from opening, his opportunities to excel should grow.

“My favourite innings this summer has to be the 50 in the last T20 game,”he told TCP. I seemed to have more time and didn’t appear to be rushed. To see us over the line was great. I had a stand of 91 with Joe Root and what impressed me was how clam he was at the crease.

“You learn a lot from watching Joe. All his boundaries were low risk shots, but with high rewards. He’s not affected by pressure. I was also pleased with the 66 not out at Durham in the second innings because it helped us to start the season so well.

“The big thing I’ve learned this season is how important the mental side of cricket is and when that’s right the technical side is right too. Preparation is a big part of my game and I need to work on my judgement outside off-stump. What to play and what to leave.

game and I need to work on my judgement outside off-stump. What to play and what to leave.

“Overall, I was pleased with my form. I believe I’m technically good but need to get rid of a few bad shots here and there. I’ve just had my season’s appraisal which was good and positive, so I can now relax, play some golf and get into low single figures.”

Weather permitting there should be plenty of time for that because Brook, it seems, won’t be able to take up his cricket job which he’d arranged at the Clarence club in Hobart during the Tasmanian summer.

Covid has struck again and until he can get a flight, Brook, much to his annoyance, will be staying in Leeds.