SUSSEX Chief Executive Rob Andrew says the hard decisions the club has taken to meet the challenges of COVID-19 will ensure its long-term survival.

However, he warned that it is critical that crowds can return to cricket grounds next summer.

The priority for Sussex this season from a financial point of view has been to manage costs aggressively and try to retain as much revenue as possible.

The club has taken advantage of the Government’s furlough scheme while all staff, both playing and nonplaying, accepted voluntary salary reductions through to the end of October when the club will review its financial position. There have been some redundancies and the club has taken advantage of a Coronavirus Business Interruption Loan of £1 million to assist with cashflow through the next 12 months.

Sussex have also asked members that, where possible, they consider waiving their right to a refund and gift their 2020 membership fees to assist the club through the financial crisis. To recognise the contribution made by members who have donated their 2020 fees in full, the club has offered several special rewards.

Andrew says the club’s priority throughout the year has been survival.

“ We’ve dealt with it on that basis from day one. I think the decisions that we have taken and we are taking, and we will continue to take, are very much based on recognising the seriousness of this position.

“This is about surviving and making sure that we do survive, which we will, and we take the tough decisions that allow us, whenever we get back to some kind of normality, that the club is able to continue.

“Because there will be sports clubs, as we are already seeing in football, who will disappear. This crisis will take down sports clubs. My job with the board is to make sure that Sussex is not one of them.

“We’ll do everything we can, and we are doing everything we can, to make sure that doesn’t happen. There is no doubt it’s been the most challenging six months that I have seen in 35 years in sport. Every day, every week has been another challenge. But we’ll be okay.”

Andrew took over at Sussex in 2017 after 35 years in rugby. In that time, he played 71 times for England before taking on roles in coaching and administration, first with Newcastle Falcons and then the game’s governing body, the Rugby Football Union. 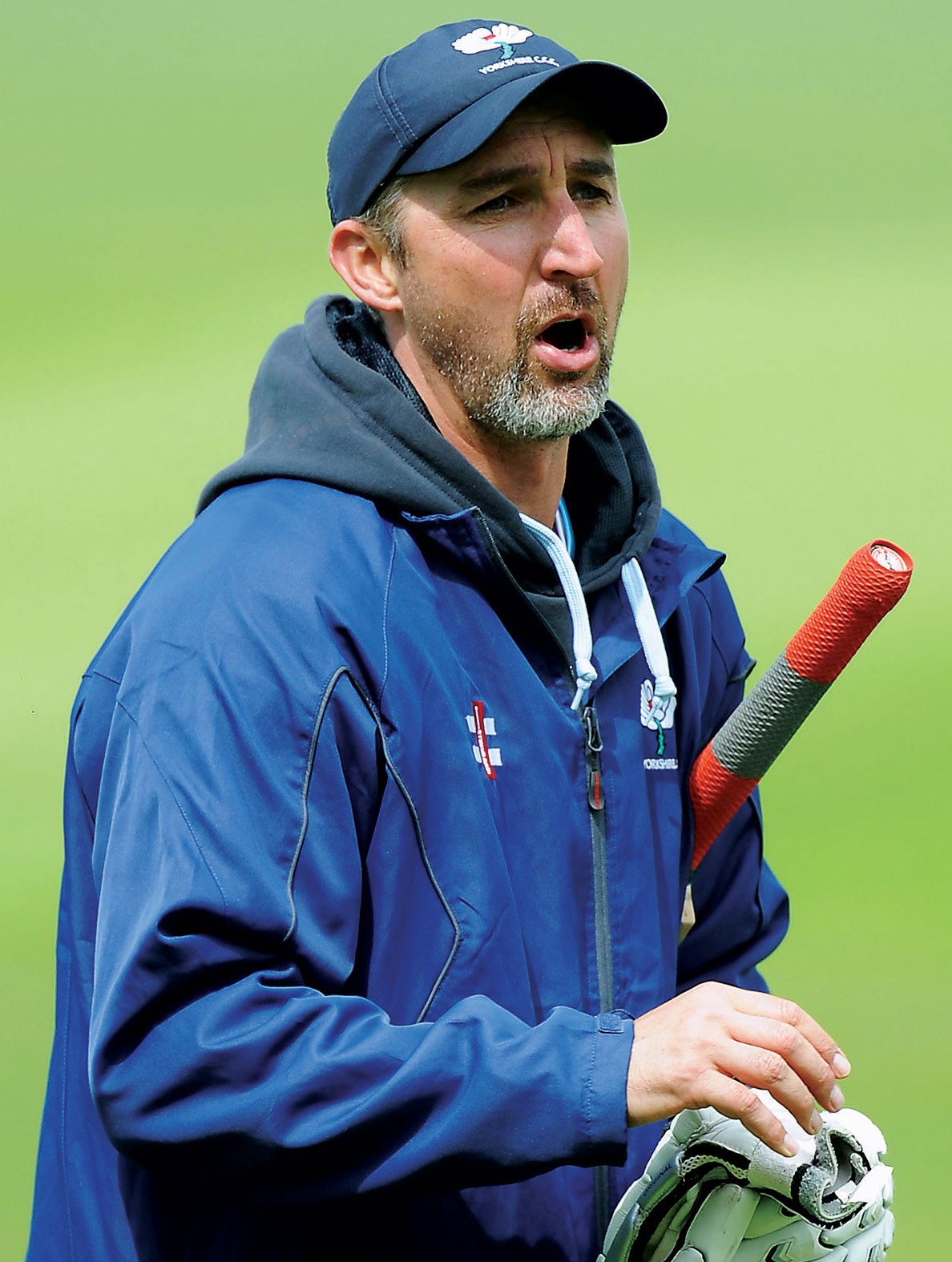 In his new role as a county Chief Executive, he has been encouraged by the way the whole game has come together with the ECB to stage so much cricket this summer with an international programme for the men and women, a domestic red ball tournament and the T20 Blast in which Sussex have reached the knockout stages for the third year running.

“It’s been amazing how much has been played right through international cricket, domestic, women’s, community cricket. If you’d imagined in April and May that we would have played as much cricket as we have this summer, nobody would have believed you.

“That’s been a collective effort. It’s been absolutely extraordinary, and it will help the game rebuild into next year.”

Andrew paid tribute to outgoing Sussex head coach Jason Gillespie, inset, and his role in developing so many talented youngsters.

“We’ve had a terrific experience with Dizzy. We’re building. We always said to him when he came in, we need to reshape the red ball team, because we haven’t performed particularly well in the Championship for several years.

“We’ve got some very talented younger players coming through the in the red ball Championship game that Dizzy’s brought through as he did at Yorkshire. We just need a bit more time to see that develop.

“He’s been great to work with. He loves county cricket and he’s gonna be a big loss not just to Sussex but for the county game.”

Andrew pointed to the strong T20 form Sussex had shown under Gillespie’s leadership with the club reaching the knockout stages of the Blast again this week.

“We’ve been very successful. We haven’t won it, unfortunately, but we’ve been to three quarterfinals, finals day two years ago. Our T20 side’s been good. Dizzy’s will be big shoes to fill.”

Looking ahead, Andrew says a decision will be taken about the future shape of the county season in the next few weeks. The crucial thing though is getting crowds back to cricket grounds.

“We’ve got to hope that crowds are back. I think that’s the key for all of this, whatever the format is for next summer, we need people back in cricket grounds. That’s absolutely critical and hopefully by next April, the landscape will be very different.”

Andrew’s current role at Sussex is far from his first involvement in cricket. He captained Cambridge University in the early 1980s, twice playing in the Varsity match at Lord’s and scoring a first-class century against Nottinghamshire at Fenner’s. He also played club cricket at Acklam Park in Middlesbrough during university summer holidays.

After making his England rugby debut at Twickenham in January 1985, he spent a season with Yorkshire Seconds alongside the likes of David Byas, Ashley Metcalfe and Richard Blakey before pursuing an eightyear association with London Wasps.

He still plays cricket recreationally, turning out in charity matches for the Lord’s Taveners as well as representing Sussex Over 50s.

His role at Sussex involves overseeing all cricket played in the county where there has been a merger of the professional, recreational and community game under one overarching Sussex Cricket umbrella.

It is a model that Andrew says the ECB is encouraging all counties to follow.