The powerhouse all-rounder is renowned for his big-hitting ability and a strike rate of 257 furthered that reputation in style, as he led his side to a gripping two-wicket victory with one ball to spare.

Pollard’s stunning salvo salvaged the table-toppers’ innings in their chase of 149 for victory after Johnson Charles (47) and Kyle Mayers (42) laid the foundations for the Tridents in the first innings.

But two wickets apiece from Akeal Hosein, Jayden Seales and Sikandar Raza restricted the CPL strugglers to 148-7 in Port of Spain.

Lendl Simmons made a steady 32 at the top of the order but Trinbago’s potent batting line-up soon began to fluff their lines, as Colin Munro (0), Darren Bravo (6) and Tion Webster (5) were all dismissed cheaply.

West Indies stars Sunil Narine and Dwayne Bravo were both missing for Trinbago and a tricky pitch made for an intriguing second innings, as Pollard strode to the crease with the score at 62-5 and his side needing 87 runs from just 44 balls.

But the formidable 33-year-old then produced one of those fabled innings that few other than Pollard can, striking nine fearsome sixes to guide his team to a pulsating final- over victory.

That marked Trinbago’s sixth win in a row and Simmons soon made that eight as he hit a brilliant 96 against St Kitts & Nevis Patriots to lead his team to a 59-run triumph.

Munro (65) starred in Tuesday’s 19-run win over Jamaica Tallawahs but it was all about the experienced Simmons against the Patriots, as the high-flyers’ 174-4 proved insurmountable for Rayad Emrit’s men.

West Indies batsman Shimron Hetmyer continued his prolific run of form by leading Guyana Amazon Warriors to an emphatic win over St Lucia Zouks as second met third. The flamboyant left-hander is the competition’s leading run-scorer and did his chances of remaining at the summit no harm as a fluent 56 not out guided Warriors to a seven- wicket victory. 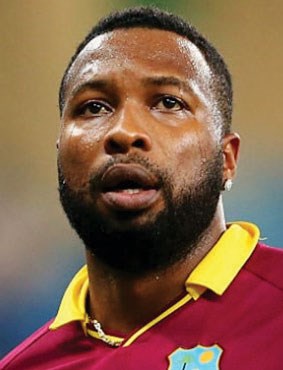 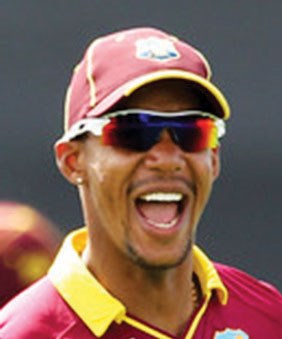 South Africa’s Imran Tahir (1-10), Naveen-ul- Haq (2-24) and Keemo Paul (2-25) restricted Darren Sammy’s side to a lacklustre 109-7, before Chandrapaul Hemraj (26) and Hetmyer guided Warriors to victory with over six overs to spare.

Nicholas Pooran blasted his maiden T20 century off just 45 balls to help Warriors over the line against St Kitts.

Warriors were chasing 151 for victory and after coming to the crease at 24-2, the West Indies international hit ten sixes to wreak havoc on the St Kitts’ attack.

Hetmyer’s 32 not out steered Warriors to a six-wicket win over Tridents, while Brandon King’s 51 not out also led Australian all-rounder Chris Green’s men to an eight-wicket victory over the same side earlier in the week.