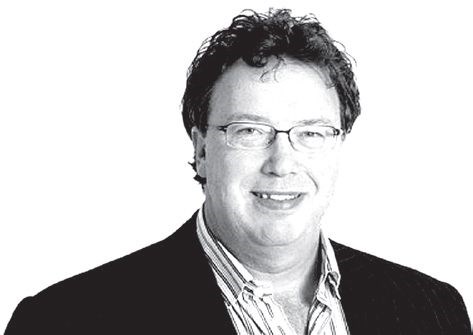 The idea that James Anderson could be rolled out for home series but rested abroad, in order to prolong his longevity and potency as a wicket-taker, was given short-shrift by the man himself. For him, the team dynamic is bigger than the molly-coddlying of a single player – even one who has taken 600 Test wickets.

The proposal came from Shane Warne, which means it should be viewed with some suspicion given his usual allegiance to all things anti-Pom, but actually it is rooted in history. Back when touring was a five-month commitment, fast bowlers like Fred Trueman, Dennis Lillee and Sir Richard Hadlee tended to be rested for away series against India and Pakistan. The argument being there was no point in them flogging hard for months on slow, low pitches designed to absorb their threat.

For many, saving Anderson up for greener pastures will seem a rational solution for a 38-year old bowler who still poses a threat in English conditions. In home Tests he has taken 406 wickets from 95 matches, an average of 4.2 wickets a game. Abroad, he has managed 194 wickets from 61 Tests, an average of 3.1 wickets a match, so there is a case for it. Yet, Anderson won’t hear any of it despite some feeling he has perhaps earned the right to pick and choose his battles.

I suppose he placed himself in the boots of team mates and realised it could become a source of resentment. Cricket teams and dressing-rooms are delicate ecosystems and wheeling out an old codger to pick off batsmen on a green seamer at Trent Bridge, but not to flog away in 37C heat on a flat one in Mumbai, is perhaps not the best way of maintaining harmony. 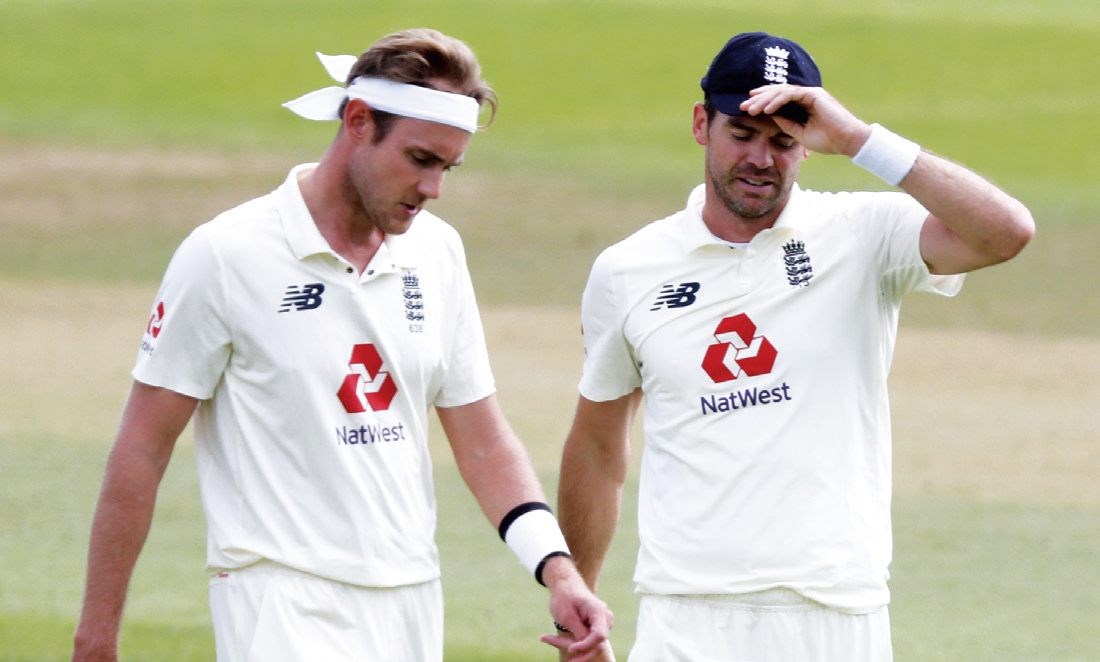 By taking this stance Anderson is making himself available for all Tests, though what that might amount to in the immediate future is anyone’s guess given the policy flux caused by the Covid pandemic. England are meant to be touring Sri Lanka and India this winter but that seems optimistic at present.

Whether the selectors see it quite as Anderson does will become apparent over the next 15 months or so, as they look to assemble a squad robust enough to regain the Ashes in Australia in the winter of 2021/22.

So what are the issues? First, it is the role they expect from Jofra Archer, one that seems clouded, in Archer’s mind at least, by the return of Anderson this summer. Last year, when Anderson was injured in the opening Ashes Test at Edgbaston, a calf problem which kept him out for the rest of the summer, Archer replaced him. He took the new ball alongside Stuart Broad and did very well taking 22 wickets at 20.27 over four Tests in a drawn series.

Not only that, he served notice to Australia’s batsmen of what they might expect on Aussie pitches when the time came, which is some serious roughing up given the fearsome helmet blows he struck Steve Smith and his replacement Marnus Labuschange. That may still happen but Archer looks as if he has gone backwards in his development this summer, which is unusual for someone of his age and stage of career.

It is the nature of competitive humans to feel you have supplanted someone blocking your advance in life and Archer probably feels he did enough last summer to get the new ball this season. Anderson’s return, and Broad’s after the first Test against West Indies, thwarted that and he was consigned, at least in his reckoning, to a support role. If the Ashes are paramount, and they usually are, the old Archer needs to return in time for that series in 2021/22 though whether he can do that with both Broad and Anderson in the team is a moot point.

The other is Anderson’s potency in Australia. His role in helping to win the Ashes there in 2010/11 was vital, his 24 wickets at 26.04 the bedrock of England’s bowling performance. But aside from those five Tests, Anderson has played 13 others there without great fanfare (36 wickets at 41.6) though he did take his only five-wicket haul during the last series; the pink ball under floodlights in Adelaide enabling him to find his customary movement.

Physically, things change quickly for sportsmen in their late 30s and while his pace has been peppy enough this summer (83-85mph), any drop is likely to become a liability in Australia. And one thing Anderson does not want is to become one of them. As many have pointed out, his average per wicket has reduced as he has got older, a trend achieved by conceding fewer runs and expanding an already impressive skill sets. But Australia is one of the few places where skill is supplanted by brute force and Anderson has never had much of that.

All that, though, is for somewhere down the line. For the moment, we should satisfy ourselves with appreciating an immense talent, one borne of dedication, longevity and sublime natural gifts. There have been bumps along the way, such as when Troy Cooley, the England bowling coach, tried to remodel his action with damaging results. But generally Anderson’s stellar career has been a triumph of perpetual achievement by one of the quieter men in cricket. 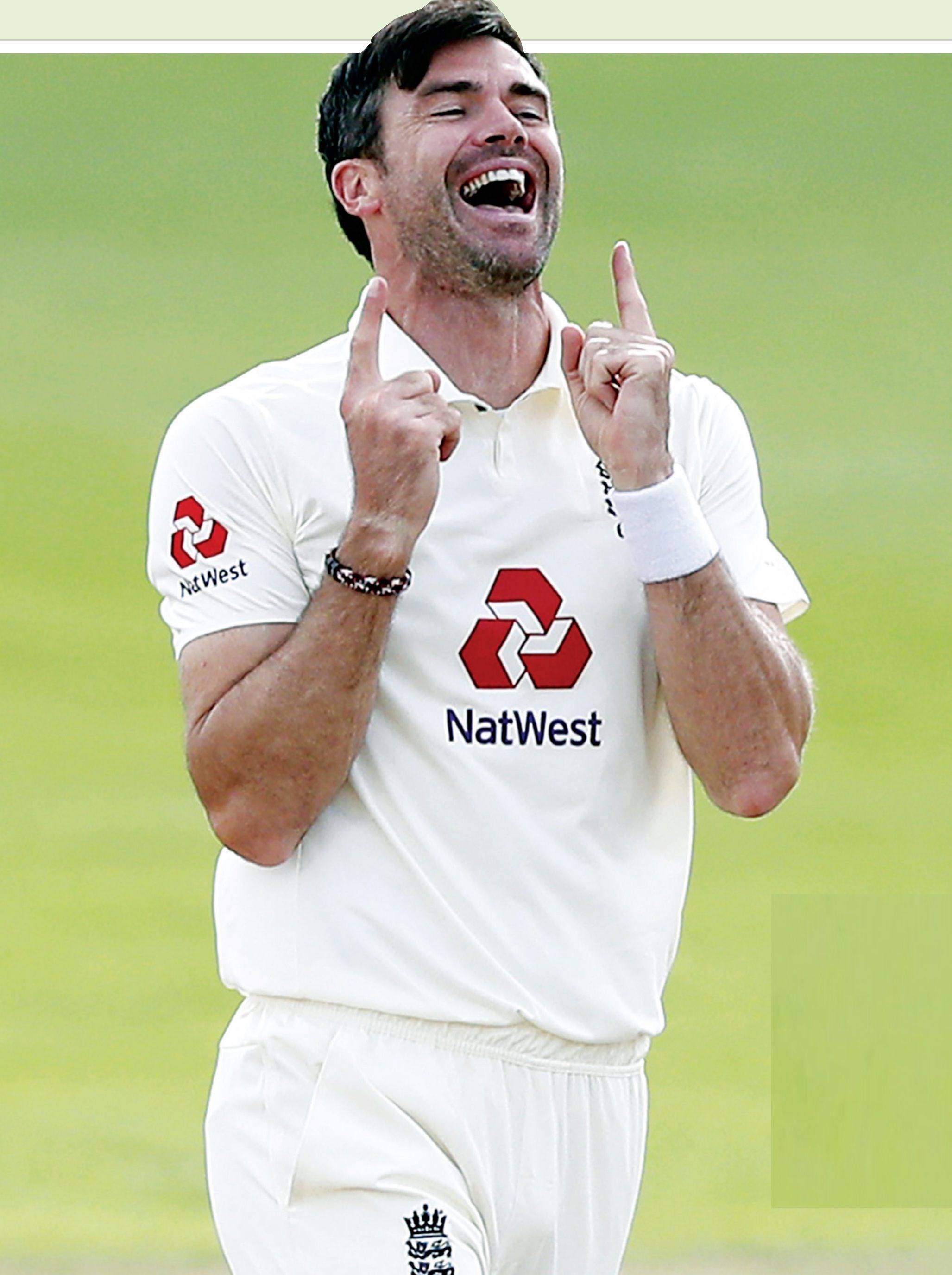 Not that there haven’t been histrionics, at least within the heat of the contest. Kevin Pietersen, who broke dressing-room Omerta in his book ‘KP’ when he identified Anderson, Broad and Graeme Swann as some kind of dressing-room mafia who stirred up ferment between batsmen and bowlers, eventually pulled back from Jimmy.

In the end the worse he could say about this famously grumpy team mate was that he was an introvert who needed to attach himself to extroverts, Andrew Flintoff being the first, Swann the second.

That may well be an astute observation but I reckon Anderson has grown more away from those influences. Nearly all those close to him reckon he has flourished most since becoming leader of the attack. Alpha males tend to catch the eye in sport which is why power and responsibility tends to come their way. Often, though, it is the more introspected who respond best to the extra authority. 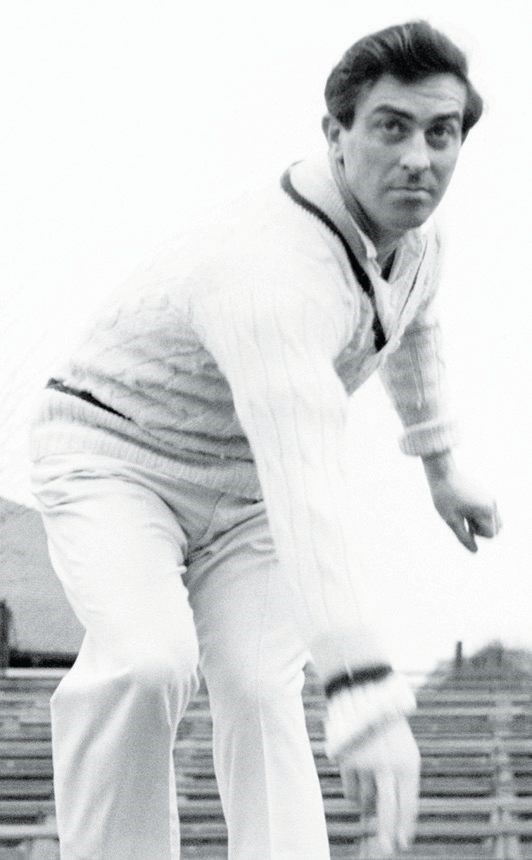 In a nutshell, Anderson is a fabulously talented bowler who can move the ball sideways through seam and swing with great control and accuracy.

But his greatest asset has been his determination to keep improving and to stay at peak fitness for essentially 17 years.

Playing for England is always an honour but to motivate yourself to competition pitch for 156 Tests is truly remarkable. If any pace bowler can reach 700 Test wickets it is him.

But time and tide are against him now and they don’t play by the usual laws.