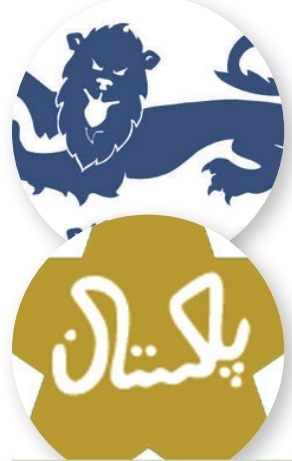 Toss: England, who chose to bat

JIMMY ANDERSON notched his 600th Test wicket on an otherwise forgettable final day and wasted no time in setting his sights on Ashes revenge.

The Lancashire veteran will be just six months shy of his 40th birthday by the time the 2021-22 series in Australia comes around, but he believes he will have a role to play when Joe Root’s side bid to win back the precious urn that they failed to reclaim in last summer’s drawn series in England.

Anderson rolled back the years by producing rare bounce from a deathly slow Ages Bowl pitch on a rain-hit day five to have Pakistan skipper Azhar Ali caught by Joe Root at slip – a welcome change for England after four catches were shelled off Anderson as he closed in on a milestone that was threatening to become a millstone.

It was a seventh wicket of the match for the 38-year-old, who ended a middling summer for him on a high to underline his enduring value to the set-up.

“I’m just delighted to have played for as long as I have,” said Anderson. “When I look back at my first Test [against Zimbabwe in 2003], I would never have thought I’d get close to 600 wickets. It means a huge amount.”

Some pundits reckon Anderson now lacks the pace to threaten Australia Down Under but Shane Warne has suggested Anderson has a coaching role to play as well as a continuing playing one.

“I’ve chatted to Rooty about this a bit and he has said he would like me to be in Australia,” Anderson said. “I don’t see any reason why I can’t be.

“I’m working hard on my fitness all the time. I didn’t bowl as well as I’d have liked for the whole summer, but this Test match I was really on it, and I feel like I’ve still got stuff to offer this team.

“As long as I still feel like that, I think I’ll keep going.”

Root was full of praise for his senior fast bowler after completing his third straight series win, following victories in South Africa and at home to West Indies.

“There’s no one that can touch him really,” he said. “He’s that far ahead of everyone else in my opinion.

“It’s incredible what he’s done so far in the game, and he’s much more than just the wickets that you see on the telly. I couldn’t be happier for him.”

Anderson is now on 975 first-class wickets but the magic 1,000 may have to wait as he is unlikely to play for Lancashire in their remaining Bob Willis Trophy matches as England’s planned tours to Sri Lanka and India this winter are far from certain to go ahead.

More positively, Anderson is delighted to see how England’s batting is developing with Zak Crawley marking the third Test with his remarkable 267. “There are really good signs there,” he said.