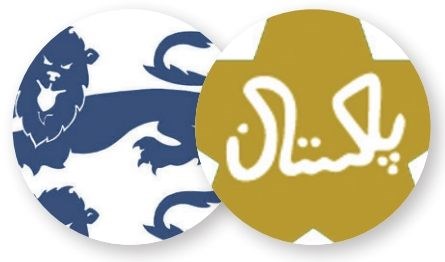 GRAHAM Thorpe, England’s interim head coach for this series, has called on his team to put on a show in today’s second T20 international against Pakistan as live cricket returns to the BBC for the first time since 1999.

This match in Manchester is only the second time England have been shown live on free-to-air TV in the UK since the 2005 Ashes following last summer’s dramatic World Cup final against New Zealand at Lord’s was shown free on Sky and Channel 4.

It offers Eoin Morgan’s team the chance to showcase their talents to a far wider audience than normal and to put cricket at the front of the nation’s sporting consciousness again.

Thorpe, standing in for rested head coach Chris Silverwood, said: “It’s fantastic, it’s a great opportunity for cricket in general and for us as a team. We’ll be hoping we can put on a good show. I don’t think we have to put any pressure on ourselves as a team, though. We’ll go out, enjoy it and hopefully the audience watching the game is potentially larger.”

After Friday’s opening match at Old Trafford was abandoned because of rain, the good news is the forecast in Manchester for this second game is dry.

England, missing the injured Jason Roy and a host of all-format players involved in the recent Test series against Pakistan, will again be understrength. Thorpe, though, is hopeful they will be back close to full strength for next month’s three T20s against Australia, which are all being played at Southampton’s Ageas Bowl.

“There are unusual circumstances this summer but it is important for the T20 side and the oneday side to try and get as strong a team out so that players do get used to the positions they are batting in,” said Thorpe.

“With regards to the whole squad, though, you also want people who can cover those positions. These games give opportunities for people to showcase themselves.”

Tom Banton took his opportunity at the top of the order on Friday, hitting 71, his highest international score, before the rain fell.

The 21-year-old will get another chance in this second match to show what he can do, although Thorpe was keen to downplay comparisons between the youngster and England great Kevin Pietersen that some commentators are already making.

“I think it’s very early in his career,” he said. “Let him be comfortable in the environment he’s in and develop at his own pace. He’s certainly talented, you can tell he’s very hungry as a player and works hard at his game. It’s very pleasing when you see someone perform on the big stage as a young lad. The environment Eoin Morgan has created is very much to take that positive option as a player and that allows people to feel comfortable.”

This series is another building block towards next year’s T20 World Cup in India. This year’s event in Australia was postponed because of coronavirus and will instead be staged in 2022.

Morgan, fresh from last summer’s 50-over World Cup win, has committed himself to leading England in those next two global events.