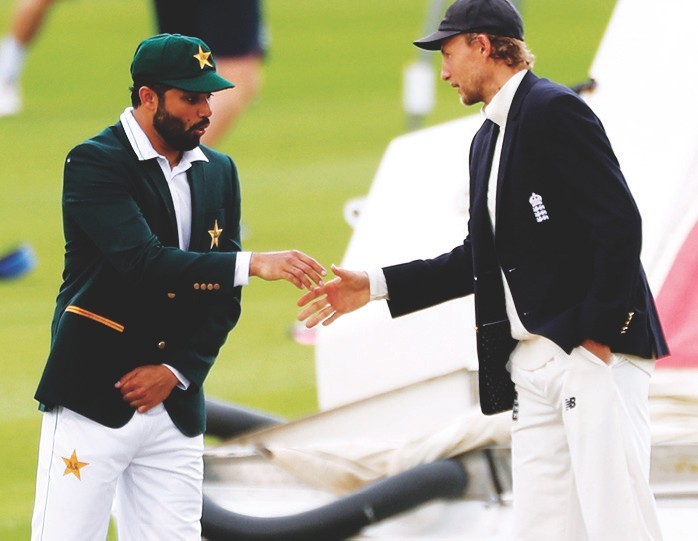 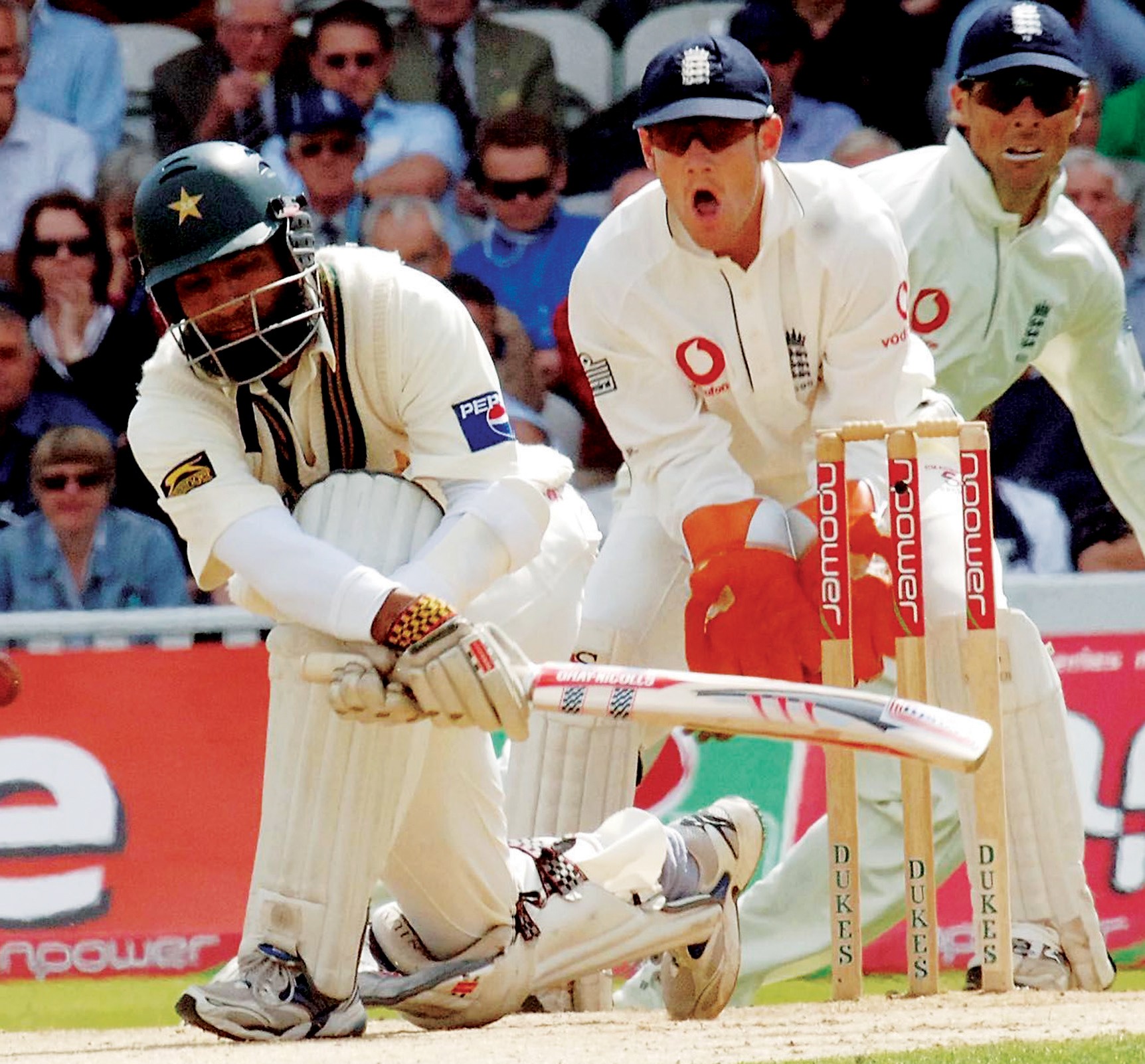 Laying the foundations: Former Pakistan captain Mohammad Yousuf reckons the current crop have proved this series that they can compete with the best
PICTURES: PA Images

After dominating most of the first Test match at Old Trafford but then finding themselves on the wrong end of a superb match-winning partnership by Chris Woakes and Jos Buttler, before being frustrated by the weather in Southampton, Pakistan headed into the final Test of the threematch series against England with the morale-boosting chance of coming away with honour in tact.

While Pakistan have shown glimpses of the talent at their disposal during the Test series, they were found wanting when it really mattered in the first match at Manchester.

And it was a similar story on Friday when a blistering partnership from Zak Crawley and Jos Buttler put England in firm control of the third and final Test at Southampton.

Former Pakistan skipper Mohammad Yousuf, who averaged 54.33 in eight Tests in England, feels that the tourists’ lack of cricket coming into the series has been a major disadvantage.

“Pakistan faced an uphill task against England as they hadn’t played any international cricket since February and that was clearly a factor at Old Trafford,” Yousuf told The TCP.

“Pakistan faltered when it really mattered due to a lack of match practice and their fitness levels were not up to the mark on the fourth and final day when they needed that final push.

“England came into the series having played three Tests against West Indies and were confident after back-to-back wins which was clearly an advantage.

It doesn’t matter what the Pakistani players or coaching staff say, there is nothing quite like match practice and I believe that intra-squad matches were not the ideal preparation ahead of a series in tough conditions.” Indeed, the spotlight has firmly been on the two captains Joe Root and Azhar Ali this series, and while neither has been at their best, Yousuf, who captained Pakistan in nine Test matches, feels that it is Root who has held the upper hand at key times.

“Both captains have not been great with the bat and that sometimes has a knock-on effect with your captaincy,” he added, speaking before the start of this week’s third and final Test. “Azhar is under a lot of pressure, he’s struggling for form with the bat and his leadership especially in England’s second innings at Old Trafford was found wanting.

“He struggles with finding the right balance between attack and defence as a captain and that cost him in Manchester. He needs to find runs quickly and that will improve his confidence and decision-making as a captain, but as is always the case with Pakistan cricket, the critics are watching his every move.” “As for Root, his style of captaincy is one the players will enjoy, as he is not too emotional, is calm under pressure, but he also goes into defensive mode very quickly. Root has the support of his team-mates and I believe his captaincy will get better with time.” Babar Azam is regarded as one of international cricket’s rising stars and has enhanced that reputation in England with some indications of his immense ability.

And according to Yousuf, who scored 1,788 Test runs in 2006 at an average of 99.33, Babar’s best years are yet to come, but the current Test series in England will provide him with indications of where he needs to improve.

“Babar is undoubtedly among the best batsmen in the world in all formats and I firmly believe he will just get better with age, the more he plays in different conditions,” Yousuf continued.

“He has a great mindset, he’s very calm, he is mature and while the tour of England is a tough test of his ability, it gives him a golden chance to look at aspects of his batting that he needs to work on.

“Nobody is perfect, and I am sure Babar will leave this tour with a few things to work on.

He is the stand-out batsman in Pakistan and I’m sure he will continue to show his class for many years.” Pakistan’s batting in Test cricket has been their Achilles heel following the retirement of Misbah-ul-Haq and Younis Khan and Yousuf reckons the England bowling attack has, as expected, represented a formidable challenge for Azhar Ali’s side. 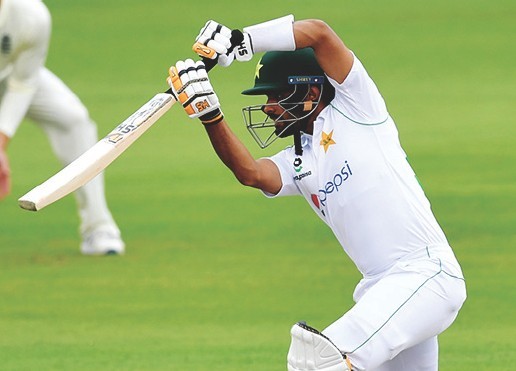 Among the elite: Babar Azam 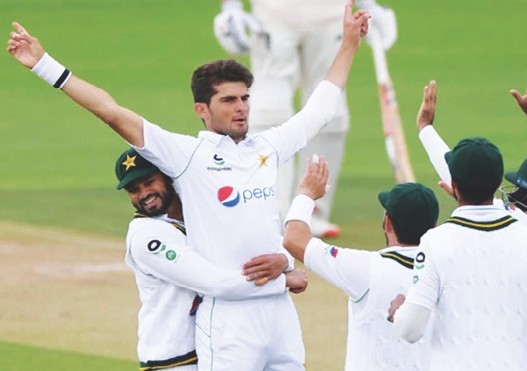 He went on: “While Stuart Broad and James Anderson have shown their experience, Chris Woakes has confirmed why he is an integral part of the England side and he has shown why he’s the sort of cricketer that every captain loves to have in his team.

“While he’s not been at his best yet in the current series, I rate Jofra Archer very highly and feel that his critics need to be patient. He has a languid run-up and he generates good pace from a beautiful high-arm action.

“He’s the sort of bowler that as a batsman, you never totally feel comfortable against, as he can produce an unplayable delivery from nowhere. I hope the critics back off and give him some space as he is a gem of a bowler and has that X-factor.” It wouldn’t be an exaggeration to say that many of Pakistan’s Test victories over the years can be credited to some extraordinary performances by their bowlers, and according to Yousuf it was the bowlers who Pakistan were hoping would get them a much-needed victory in the current Test before Crawley and Buttler cut free. 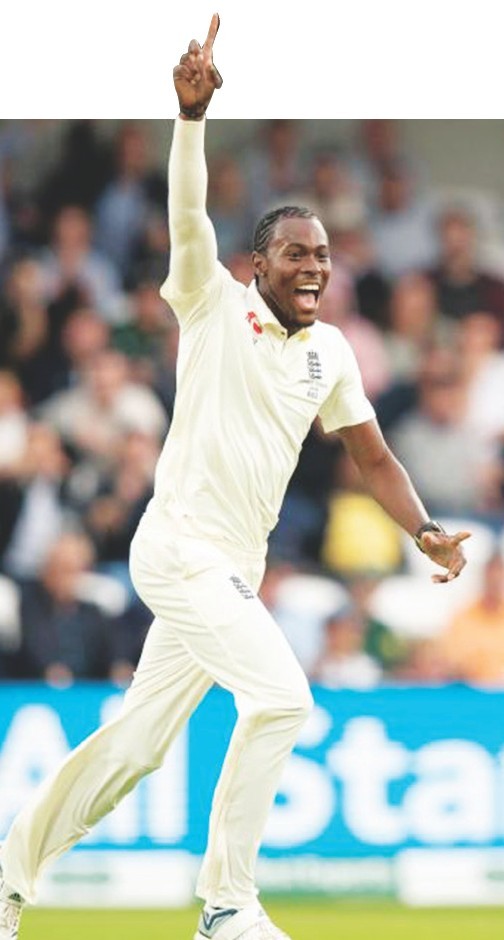 “Pakistan have inexperienced but eye-catching pace-bowlers. Shaheen Shah Afridi is one of the world’s most exciting pace-bowlers and he has shown he has the ability to unsettle the English batsmen with his aggression and movement.

“Mohammad Abbas gives the batsmen nothing and has the experience behind him of county cricket and I’ve enjoyed watching the teenager, Naseem Shah, who is raw, has pace and is a young man with a bright future.

“Pakistan have shown they can compete with England.

But, given the conditions, the pace bowlers need to lift the side in the final match and together with the skipper, they need to make it count at key moments and not ease the pressure on the opposition when on top.”