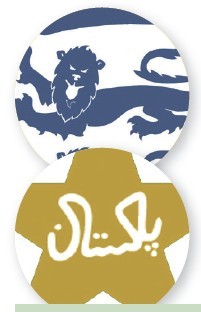 Toss: England, who chose to bat 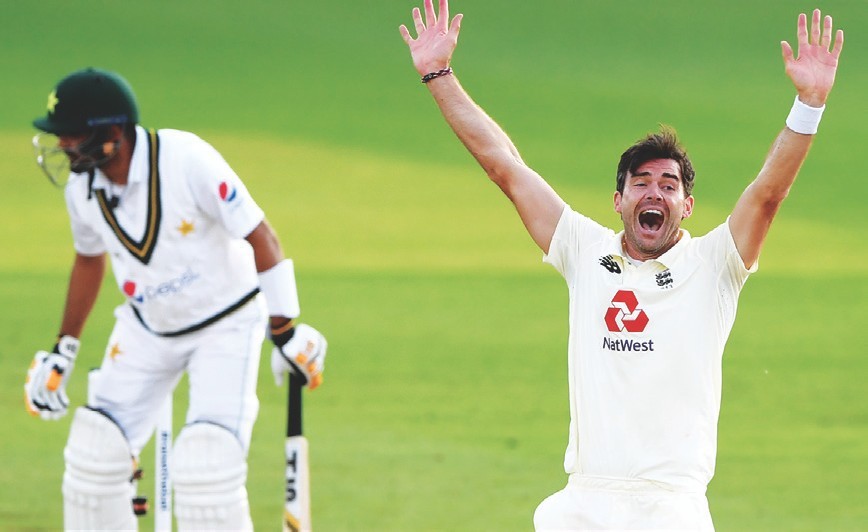 ZAK Crawley missed out scoring the first triple century for England since Graham Gooch’s 333 against India in 1990, yet the youngster’s tour de force with the bat ensured this final Test against Pakistan is all but over as a contest.

England, 1-0 up going into this match, have not beaten Pakistan in a Test series since 2010.

But the decade of waiting is surely over after Joe Root’s team manoeuvred themselves into a match-winning position.

They posted a first-innings 583-8 declared thanks largely to Crawley’s 267 and a curious 152 from Jos Buttler that included a strange period that saw the wicketkeeper go four hours and 113 balls without hitting a boundary once he had secured only his second Test century.

The fifth-wicket pair’s partnership of 359 was the equal sixth-highest for any wicket for England and turned this match on its head after they came together on day one with the team rocking on 127-4.

Heading into day three, Pakistan have nowhere to go, all hopes of winning this match and levelling the series evaporating as they reached stumps on 24-3 in reply after being forced to bat out 13 overs at the end of the day.

James Anderson caused the damage late in the day, with three wickets taking his career tally to 596 – just four away from becoming the first seam bowler ever to hit the 600- mark in Tests.

The only thing seemingly stopping England from wrapping up a 2-0 series win might be the Southampton weather, with two rain stoppages interrupting this second day and a poor forecast for Tuesday meaning they might have to get the job done inside four days if they are to end this bio-secure Test summer on a high.

They have every chance of doing that given it ap- pears they may only have to bat once after they posted England’s first 500- plus total in three years and their highest in Tests since their 589-8 eight declared against Pakistan at Old Trafford in 2016.

Key to that was the remarkable innings of Crawley that saw him become the youngest England batsman to score a double century since David Gower 41 years ago and the fifth-youngest ever to score 250 or more after Sir Garfield Sobers, Don Bradman, Len Hutton and South Africa’s Graeme Smith. Not bad company for the 22-yearold to keep.

There are a mountain of statistics surrounding Crawley’s knock, yet the most curious is that by the time it was over this was the highest Test score by a batsman who has been stumped.

The end came in the evening, the part-time spin of Asad Shafiq and the quick hands of Mohammad Rizwan forcing the Kent youngster to walk back to the dressing-room with the applause of his teammates ringing in his ears.

Those cheers were almost as loud when he had earlier passed 221, the score his mentor at Kent Rob Key made when he hit his only Test century against the West Indies at Lord’s in 2004.

Crawley went on to pass the 258 made by Ben Stokes at Cape Town in 2016, meaning he now has the highest score of any current England player. 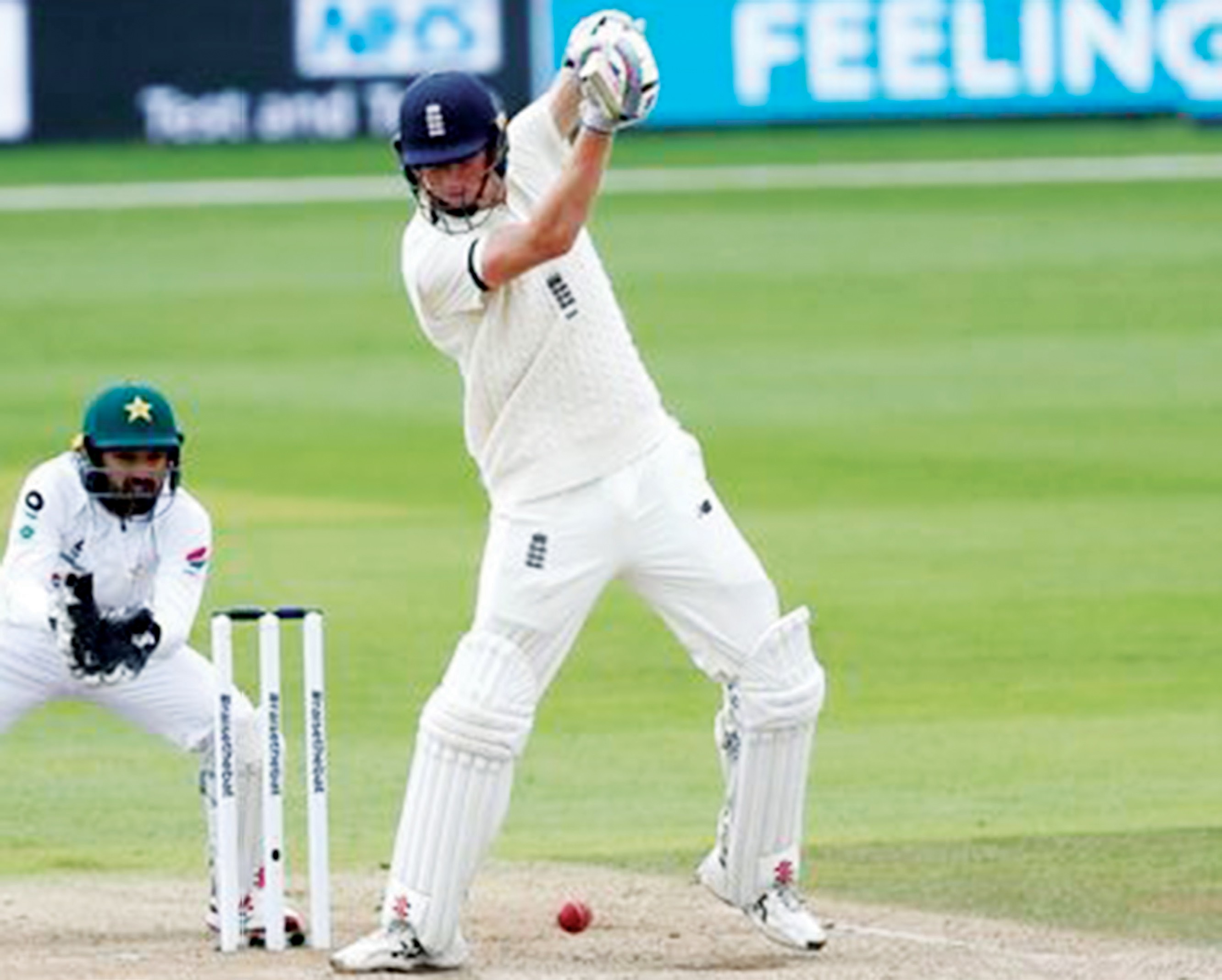 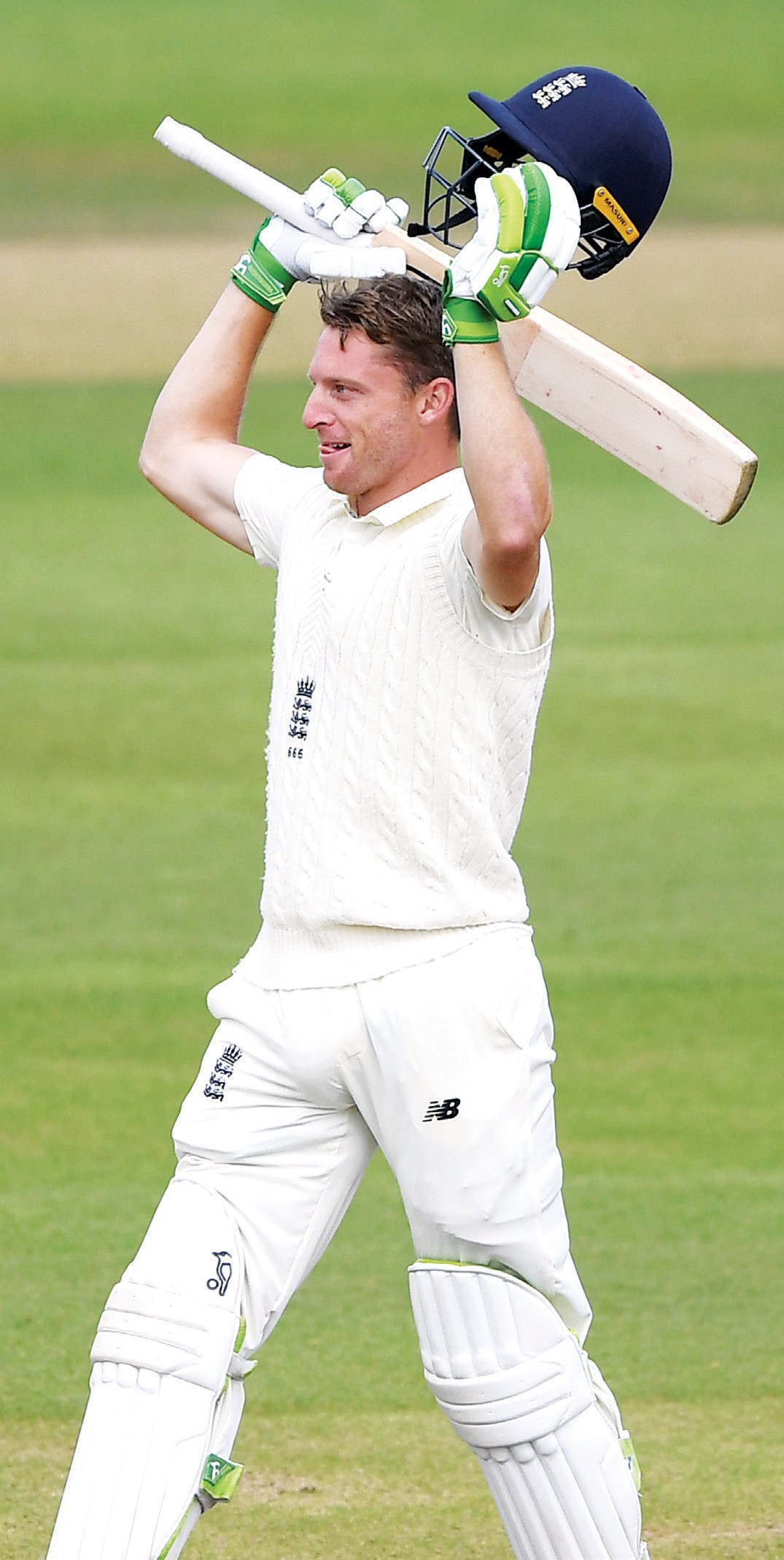 Deadly duo: England’s Zak Crawley, left, and Jos Buttler, put on a scintillating record 359 partnership for the fifth wicket to put Pakistan to the sword in this third Test at Southampton
PICTURES: PA Images

Given he was dropped for two Tests this summer, Crawley has ensured he will now be an integral part of this England top order for the forseeable future and, hopefully, the answer to the problem position of number three that has dogged this team since the retirement of Jonathan Trott five years ago.

It may be no co-incidence that Trott has been drafted in as a batting consultant by England for this series. This was a knock he would have been proud of.

Buttler, too, can be satisfied with his work, this century his first since his maiden three-figure Test score against India at Trent Bridge two years ago.

This performance with the bat, allied to the 75 that helped England steal the series opener at Old Trafford, has certainly transformed Buttler’s fortunes given the pressure his poor wicket-keeping had put him under even if his go-slow in the final third of this knock was odd.

Buttler had reached his century in 189 balls before lunch – taken at the later time of 2pm after two morning rain breaks.

By the time he chipped a tame return catch to Fawad Alam he had added 52 more runs in 122 more balls.

England delayed the declaration, with Chris Woakes hitting 40 and Stuart Broad 15 before Root called an end to the innings with an hour of play still left.

There was still enough time for Anderson to do some damage – England’s all-time leading wicket- taker pinning Shan Masood lbw, having Abid Ali caught at third slip by Dom Sibley and, with what became the day’s final ball, having Babar Azam lbw as well. 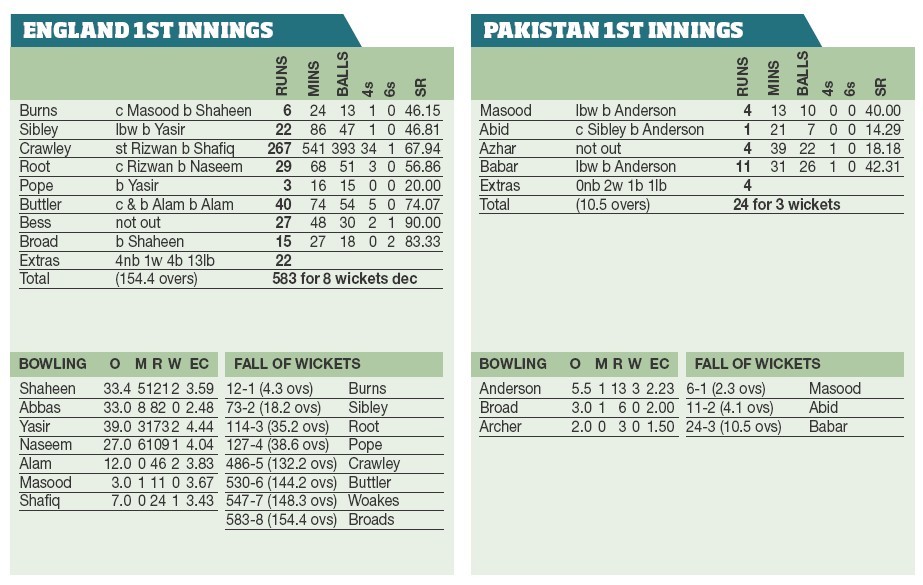