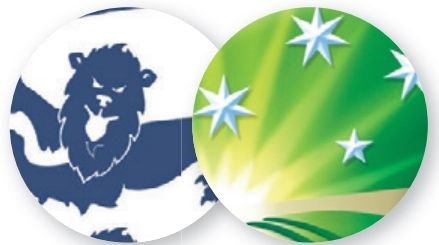 Cummins was speaking the day after a defeat that saw the tourists throw away victory after needing just 39 from 34 balls to win with nine wickets in hand before a collapse allowed England to sneak home by two runs.

Speaking ahead of today’s rematch in Southampton, Cummins believes Australia are still in the series, even if they have to win the final two games to do it.

“I don’t think it’s the same as losing an Ashes Test,” said the fast bowler. “To give it some context, we’re desperate to win, we love playing against England. A lot of us have played a lot of T20 and realise games go down to the wire. You can’t win them all.

“There’s quite a bit of disappointment and everyone will wake up wishing they did something differently to get us over the line. But it’s the first game of three in the series – the series is still alive, I’m sure we’ll be okay.

“As frustrating as it is, you know you’re going to lose some games but a game like that when you’re right on top of them and let it slip they’re sometimes the most frustrating. It’s the first game in a long series, we’ll reflect on it, we’ll get better.”

The same pitch will be used for all three matches at the Ageas Bowl, meaning Australia’s spinners, who slowed England’s fast start on Friday, may well come into the series even more over the remaining two matches.

“Every time I try to predict a wicket I am wrong,” said Cummins. “I thought it was a pretty good wicket, maybe it slowed up a little and got low towards the end. Maybe what is more different to others is there is quite a big outfield so you feel like you can protect the boundary a bit more compared to some of the other smaller grounds in England.

“It will be interesting to see how it goes over the next two games and maybe spin becomes a bigger part of it. We saw Glenn Maxwell bowl some really good overs whereas I would say going into the game, we weren’t expecting him to have as big a role. I would say nine times out of 10 T20 wickets end up pretty flat.”

“They bowled really well and showed their class,” he said. “TC and CJ are two of the best death bowlers in the world. You saw they nailed their skills under pressure and didn’t make it easy for us.”

Australia will now have to come back strongly or risk losing their world No1 ranking in T20 cricket. England, currently No2, will take over at the top with a 3-0 whitewash.