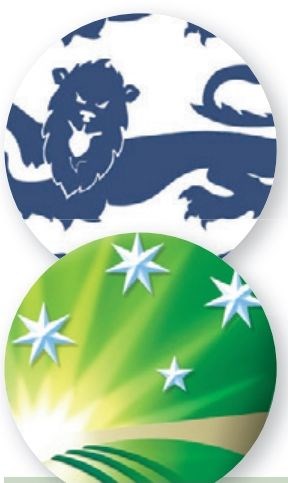 THERE was no crowd and no atmosphere but cricket’s oldest rivalry was renewed in stunning fashion as England mugged Australia to somehow win this opening T20 international by two runs.

Aaron Finch’s tourists may have been playing their first competitive match in 175 days but there was no excuse for this choke from the world’s No1-ranked team in this format.

Chasing 163 to win, the Australians were cruising on 124 for one in the 15th over before a remarkable collapse of four for nine in 15 balls let Eoin Morgan’s side back in.

Finch and David Warner had already put on 98 for the first wicket before Australia’s captain fell to Jofra Archer in the 11th over.

That didn’t halt the momentum, though, as Australia closed in on victory, needing 39 from 34 balls with nine wickets in hand.

But the loss of Steve Smith and Glenn Maxwell to Adil Rashid’s leg-spin in the 15th over started a chain of events that allowed England to come back into this contest from seemingly nowhere.

Momentum in Twenty20 cricket can shift at pace and so it proved here as Warner, who had made what appeared a match-winning 58, was bowled by Archer in the 16th over. Australia, now 129 for four, were still in control, needing 34 to win from 28 deliveries.

But panic set in when Mark Wood, bowling at extreme pace in his first match for almost two months, bowled Alex Carey in the 17th over.

Despite their implosion, Australia still had the manageable task of 26 to win from 18 balls with Ashton Agar and Marcus Stoinis at the crease.

However, superb death bowling from Chris Jordan and Tom Curran ensured the heist was completed.

If it hadn’t been under lights late on a Friday night, this would have been classed as daylight robbery.

“I’m delighted – everybody stood up,” said Morgan. “The only prayer was to go to our best bowlers. I thought we might end up running out of our best bowlers earlier, but they seemed to continue to take risks, particularly against Adil, and then Jof came back earlier as a consequence of that. 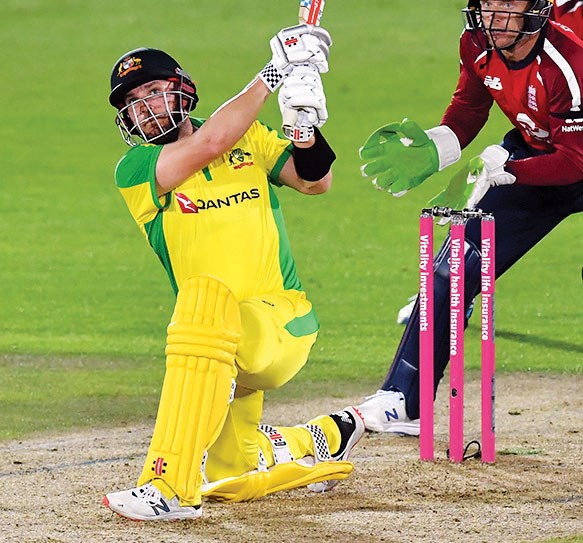 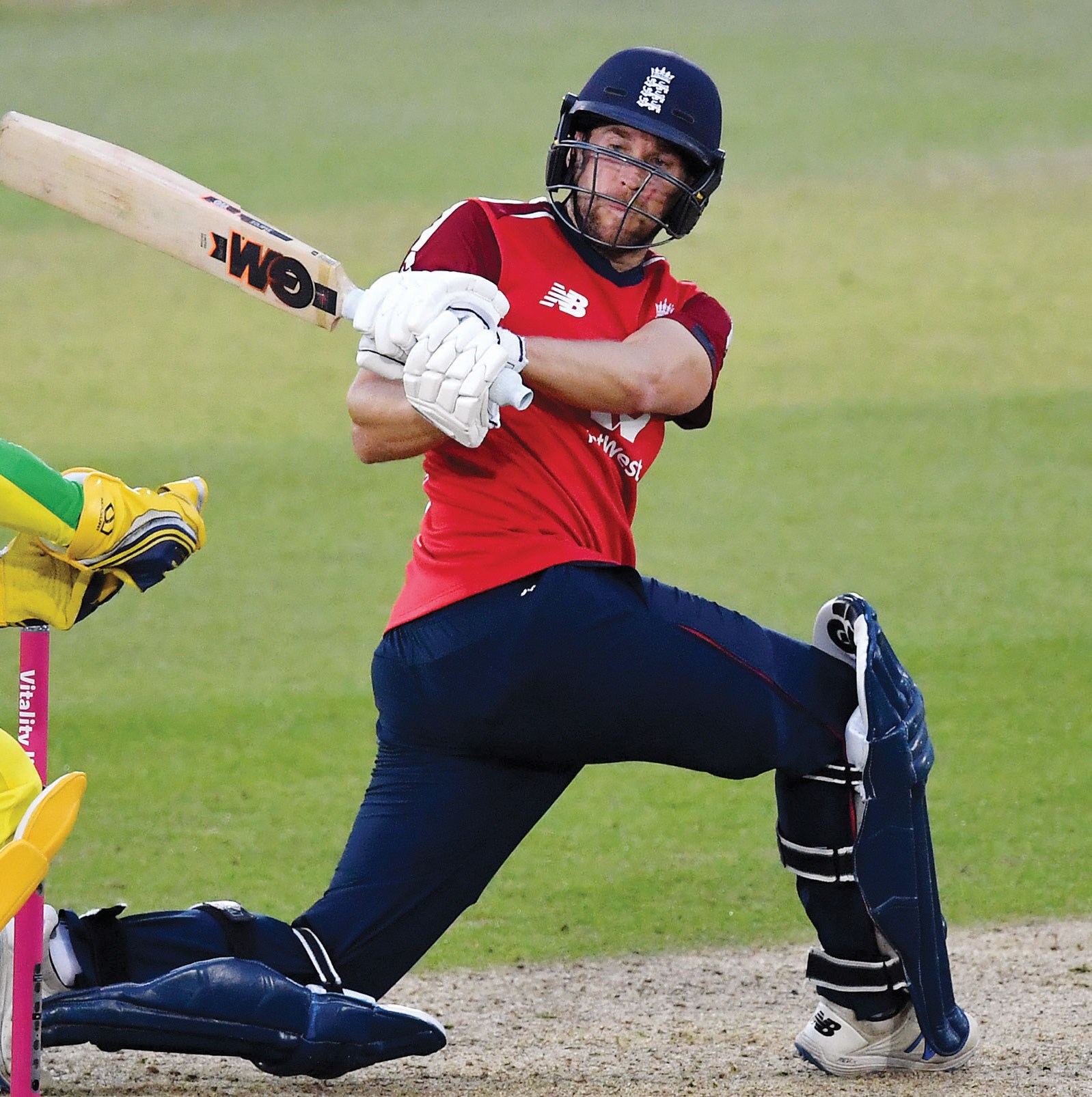 Runs on the board: Dawid Malan batted brilliantly but it was Chris Jordan, inset below, and the rest of the bowlers who rescued England from the jaws of defeat
PICTURES: PA

“We needed to take wickets to try and stay in the game. I don’t mind if we lose the game inside 16 overs. To try and win the game is the priority. I’m delighted guys showed belief and courage to do something, to take wickets, and that was displayed a lot in the last six overs when we held our length. It was great we stuck to our guns.”

England had made what looked an under-par total of 162 for seven despite key contributions from Jos Buttler, who was in superb touch early on as he smashed 44 from 29 balls, and Dawid Malan, whose 66 from 43 deliveries was his eighth 50-plus score in 14 T20 internationals.

The win leaves Morgan’s men 1-0 up in the series with two to play, but England’s captain is taking nothing for granted after his side threw away a similar advantage in their previous series against Pakistan. 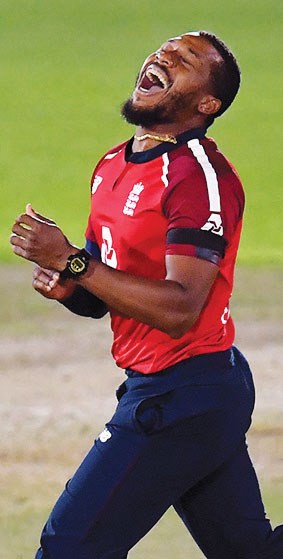 “Given we have just come from a series where we went 1-0 up and lost the second game, we won’t be taking anything lightly,” he said.

“Australia are an extremely strong side, we didn’t bat well tonight but Dawid and Jos did. We should have got more runs and I think our bowlers bailed us out.”

Finch was left shellshocked at the end – but that didn’t stop him aiming a dig at England’s batting performance.

“It would have been ideal to get over the line, but England are a bloody good side,” he said. “You look at how they approached their middle overs and they were quite one-dimensional with how they went about it, but it was a simple plan and they executed it.”

As for Warner, the experience of playing in front of empty stands in England will take some getting used to for Australia’s pantomime villain. “It’s totally different that’s for sure,” he said. “It was quite bizarre out there with no atmosphere. It’s the first time I have been here and not been abused, which is quite nice.”