After trawling through hours of footage, Richard Clarke has the task of selecting his Team of the Year in the Vitality Blast this summer

Like everything in this uniquely challenging cricket season, the Vitality Blast has been pared back and re-positioned in 2020. However, as ever, the players have improvised and innovated in the shortest form of the game, producing some stunning performances and tight finishes. If my side ever took the field, they would be teeing-off from the first ball. It is the modern way.

Likewise, it seems increasingly common to see 12 overs of spin in the middle of the innings, though Surrey’s slow left-armer Dan Moriarty tended to open the bowling. I have given plenty of spin options to my captain, Colin Ackermann, but the decision would be his alone.

When Nottinghamshire met Lancashire in the Vitality Blast semi-final yesterday, the Red Rose county would have considered Joe Clarke as the key wicket. In the North Group between the two sides, the 24-year-old batsman reached 50 in 18 balls, taking 27 off one over from Danny Lamb. This came on the back of a 44-ball unbeaten century at Durham, including seven fours and eight sixes. He went into Finals Day with 351 runs at a strike-rate of just over 177. 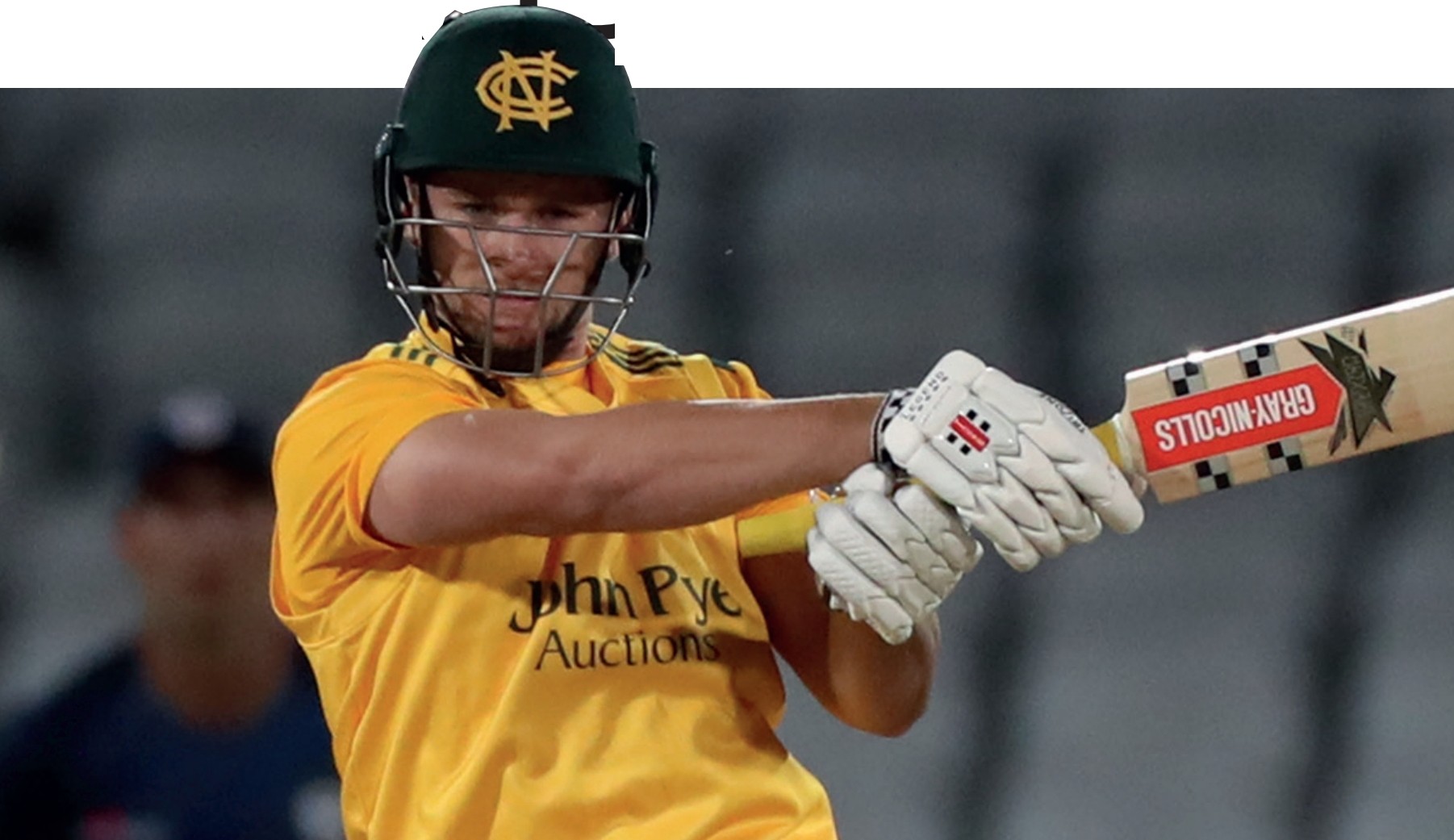 On fire: Joe Clarke helped fire Nottinghamshire Outlaws into Vitality Blast Finals Day with 351 runs under his belt at a strike rate of just over 177
PICTURE: PA Images

Over the winter, Bell-Drummond changed his approach to T20 cricket, eschewing the anchorman role and attacking from the first ball. In other words, he pulled his front pad out of the way and just went for it. The tactic clearly worked. When Kent were eliminated at the quarter-final stage on Thursday, the 27-year-old was the top scorer in the competition with 423 runs, including three 50s at an average of 42.3.

Middlesex did not progress from the South Group but Eskinazi finished, second in the run-scoring list with 10 fewer runs than Bell-Drummond from one less innings. His first four scores in the competition were 24, 84, 79 and 51. It says much that the hopes of Middlesex correlated so closely with his form.

Gloucestershire reached Finals Day for the first time since 2007 thanks, in large part, to their top-order batting. Cockbain was their top scorer with 399 runs at an average of 49.87 and strike-rate of almost 172. This included 22 sixes, the highest number in the competition going into the final four. The 33-year-old’s top score of 89 came in the last-ball victory at Bristol on September 20 that saw local rivals Somerset eliminated. That came two weeks after an unbeaten 84 at Birmingham Bears, the fastest major innings in the competition with a strike-rate of 240. These feats saw Cockburn overtake Michael Klinger as the highest T20 runs-scorer in Gloucestershire’s history. 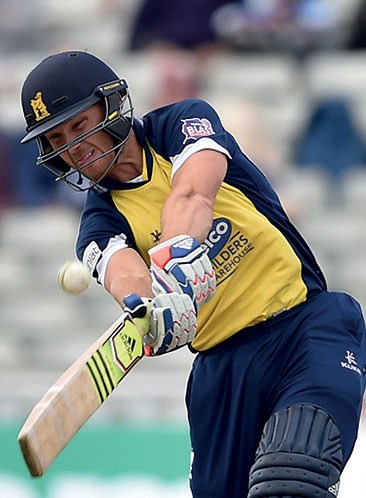 Evans had a lean start to the Vitality Blast campaign but hit top form at the business end of the South Group where he was among the better batting ‘finishers’. He scored 88 not out, 26, 81 not out and 73 in the final four group games as Surrey qualified for the quarter-finals in top spot. His average was 51.33 going into Finals Day with an aggregate of 308 from only nine appearances for the Brown Caps.

The Vitality Blast brings out the best in Colin Ackerman. Last August, the all-rounder recorded a world-record 7-18 against the Birmingham Bears. This season he took three wickets in one over in the final group game against Lancashire to haul his side into an unlikely quarter-final berth. But for some sloppy fielding at the death against Nottinghamshire, the Foxes would have made Finals Day. Ackerman ended his campaign with 246 runs, second only to Aaron Lilley at Grace Road, eight wickets at 18.75 and, once again, captained Leicestershire to performances that were greater than the sum of their parts.

With the most wicketkeeping dismissals in the tournament, six catches, five stumpings, and the most runs, 284 at 31.55, for a Lancashire side who breezed into Finals Day, Davies is the clear choice for the wicketkeeping role. However, I will bat him in a more traditional position for a gloveman given his strike-rate, 120.85, was among the lowest among the top 10 scorers in this year’s competition.

The left-handed pace bowler has been one of the finds of the season in red- and white-ball cricket. In the shortest form, the 23-year-old collected 14 wickets at 16.50 with a strike-rate of one wicket at just under every 13 deliveries. He grew in stature during the competition with his final three bowling figures reading 4/27, 4/21 and 3/28. A useful lower-order batsman too.

Moriarty is only player to make my Best XI in the Bob Willis Trophy and the Vitality Blast. Not bad for a debut season. The slow left arm has been the model of consistency in a Surrey side who failed to register a win in their first three games, then triumphed in eight successive matches. He collected 15 wickets, one less than table-toppers Ball and Higgins, and only went for more than 30 on one occasion despite often opening the bowling under the restrictions of the Power Play.

The tall paceman played a couple of T20 internationals in 2018 and may have kept his hopes of a recall flickering with stunning numbers in this season’s Vitality Blast. He went into Finals Day with 16 wickets, joint top of the list with Ryan Higgins but having played two fewer games. He took one scalp every 11 balls with an economy rate of 7.61. He was the bowling mainstay at both ends of the innings as Nottinghamshire reached Finals Day suffering just one defeat en route. 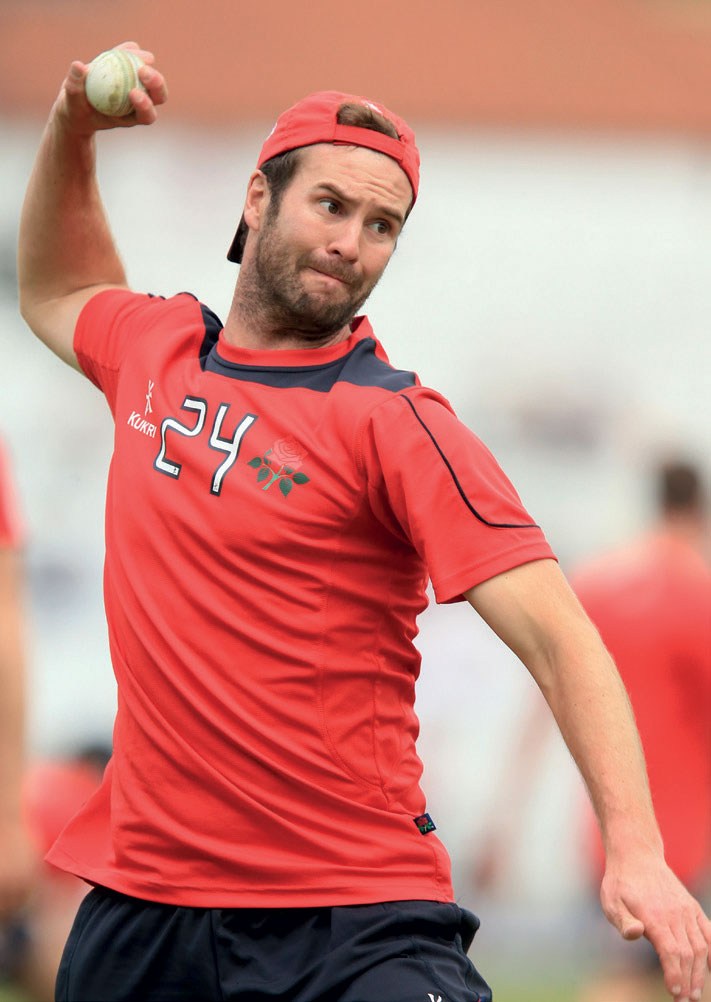 The secret of Gloucestershire’s route to Finals Day was the mid-innings squeeze by their bowlers. After the initial Power Play is complete, on come leftarm spinners Smith and Graeme van Buuren, ably supported by the medium-pace of Benny Howell. Smith was the pick. He collected 14 wickets at 16.5 and was the only leading bowler with an economy rate under six per over. But, perhaps his most telling contribution came with the bat, hitting a boundary off his first delivery to eliminate Somerset from the competition in perhaps the best group game of the entire campaign.