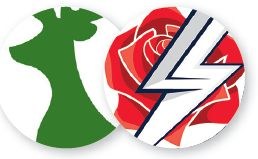 MATTHEW Carter hopes Finals Day could be his time to shine as he looks to help Nottinghamshire earn T20 Blast silverware for the second time.

The 24-year-old has picked up five wickets in seven games during the Outlaws’ run to the last four as part of an effective three-pronged spin attack alongside Samit Patel and Imad Wasim.

And Carter believes the strength in depth within the Notts bowling attack gives them a strong chance of coming out on top at Edgbaston.

“You just have to look at the lads we’ve got in the dressing room – every single one of them could win a game for us,” he said.

“Samit picks up a couple of wickets in most games, Steven Mullaney’s bowling has been ridiculous, Imad’s kept it incredibly tight, Jake Ball is bowling unbelievably well, and Dan Christian is chipping in with good overs.

“It’s brilliant just to be in the team and know that I’m doing my bit – and hopefully over the weekend I can get my chance to be a match-winner.”

Notts squeezed past Leicestershire by the tightest of margins in the last eight, going through by virtue of a higher powerplay score after the scores were tied following some dramatic late misfields from the Foxes.

Standing in their way in today’s semi-final, following yesterday’s rainout, are a Lancashire side who have also made expert use of their spinners in the competition to date.

That was particularly evident in Thursday’s semi-final victory at Hove as Matt Parkinson, Liam Livingstone and Tom Hartley combined to take eight of the ten Sussex wickets to fall in a 45-run win.

Parkinson is Lancashire’s leading Blast wicket-taker with 13 and nobody has taken more scalps than the leg-spinner in the competition since 2017.

“We tend to go away and just back our spinners to be good enough to perform on any pitch,” he said. “We’re probably known for the spinners coming in the middle – the club have done that for a long time.”

This is Lancashire’s eighth appearance at Finals Day but they only have one Blast trophy to show for their efforts, which they won back in 2015, and Parkinson is hoping this year’s showpiece occasion will allow him to end an occasionally frustrating summer on a high.

Having made his England bow in both whiteball formats over the winter, the 23-year-old missed this summer’s Ireland ODI series through injury before being overlooked against Pakistan and Australia.

“I was fit all of lockdown and then got in the bubble – the closest you’ll get to an England squad – and had an absolute nightmare,” he said. “I haven’t heard from them (selectors) in a long time. But to perform on Thursday was obviously awesome. 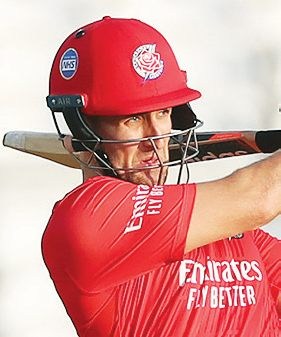 “I was keen to get to Finals Day just to play two more games of cricket, and try to go on a little roll to finish with some stats that people are used to.”

The North Group meeting between the two sides in September went the way of the Outlaws, who won by six wickets at Trent Bridge courtesy of Joe Clarke’s 36-ball 77.

England outcast Alex Hales, meanwhile, will be looking to give a reminder as to his capabilities on the big stage having admitted prior to Thursday’s quarter-final that he “was hoping to sit down with them in the next couple of months” as he plots a return to the international arena.

“I just want to enjoy my cricket with Notts, and if I can repeat the winter I had last year, then hopefully it gives me a chance,” said the 31-year-old. “There’s been a small amount of dialogue but nothing’s set in stone.”