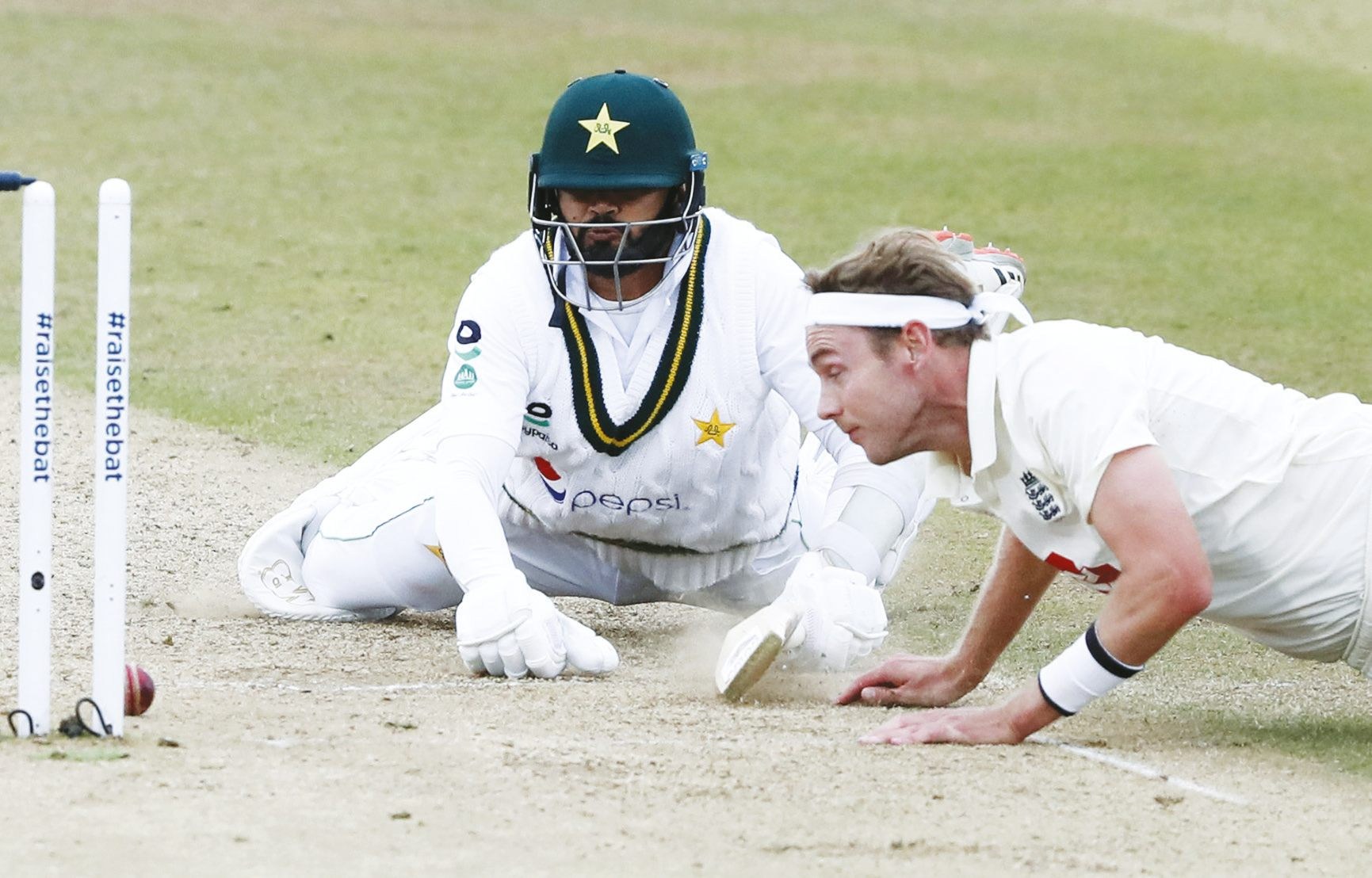 Stuart Broad says he hopes fans will be back in cricket grounds by the time next year’s Ashes series in Australia starts.

Broad, yesterday named the NatWest Test Player of the Year, was speaking after a stellar summer that saw him pass 500 Test wickets and play a key role in England’s series wins against the West Indies and Pakistan.

The 34-year-old’s performances this year mean he should be a certainty to make the next Ashes tour that starts in November of next year.

England’s bio-secure summer saw all 18 men’s internationals played behind closed doors. But with fans returning to major sports already in Australia, Broad hopes the situation with coronavirus will have improved enough for the Barmy Army to be back and in full voice for the 2021-22 Ashes series Down Under.

“Obviously I’m desperate for crowds to be able to come back and enjoy our sport,” said Broad. “But let’s be honest, health and safety of people is much more important than that. I think England next April or May has got to be at the forefront of our minds to be able to get sports fans back into our stadiums. The experts will study everything and hopefully we’re in a position in our country that that could happen.

“I think Australia have done pretty well with it [Covid], haven’t they? So, another year down the line we’d be hopeful we can we can take our trusty support and the Barmy Army with us to Australia because genuinely I do feel like it’s one of our best chances of doing well there with the quality of players we’re growing. It would be awesome to be able to take our fans to an Ashes series because they’re such special occasions.”

As for this winter, Broad says he would be comfortable touring anywhere in the world as long as England’s players are secure in a bio-secure bubble. Ahead of potential Test series in Sri Lanka and India in the New Year, he said: “To be honest I wouldn’t have concerns about going away to a bio-secure bubble because I’ve seen it work so well this summer. It’s felt very secure. We’ve had teams fly over and come into our bubble and seems to have worked really well so I don’t see a reason why we can’t do these bio-secure bubbles all around the world to get cricket on the screens.

“I don’t know about fans being in the ground but I personally would be happy to go to anywhere as long as it was a bio-secure, safe environment to play some cricket because it gave everyone a boost this summer. It felt safe and I know the ECB who control these things would never do anything to put the players or support staff in harm’s way. So if we got the go-ahead from the ECB, which I hope we do because I’m desperate to play some cricket this winter, I’m sure the players would be fully supportive of th

As for what Broad and the rest of England’s players who are not currently playing in the Indian Premier League will do before then, time will only tell. However, the Nottinghamshire seamer wishes a summer that saw him take 29 wickets across five Tests had never ended.

“We’re just keeping our ears open, having a bit of downtime after the season and then pick training up,” said Broad. “Although one thing that’s very clear is training will be trickier than it was in April, May and June during the lockdown period because of the weather and being able to train outside. So there’ll be discussions about how we manage to peak at the right time and keep ourselves in condition.

“I really didn’t want this summer to end. From the team’s point of view we were really growing and doing really good things and from a personal point of view I was in great condition and in a great headspace so I just wanted the summer to continue but unfortunately it couldn’t.”

Broad also admitted he would not relish the prospect of a bowl-off that potentially awaits the players of Surrey, Gloucestershire, Lancashire and Nottinghamshire after T20 Finals Day was forced into a reserve day for the first time in its history.

With more rain forecast for today at Edgbaston, the spectre of an indoor bowl-off – cricket’s rarely-used tie-breaker – is looming.

“It’s not an easy thing to say right I’m going to hit the base of middle stump. It would be an awful pressure to do a bowl out and a sad way to win or lose a trophy.”