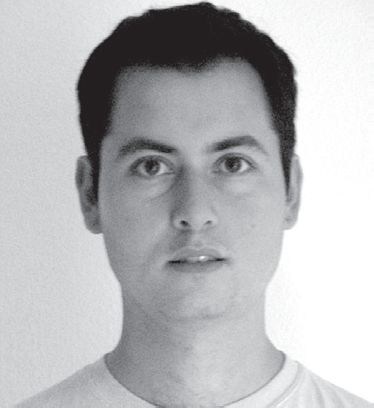 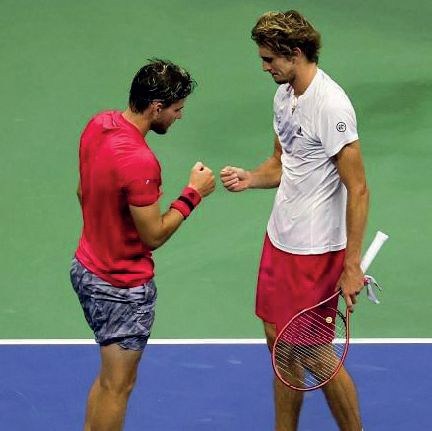 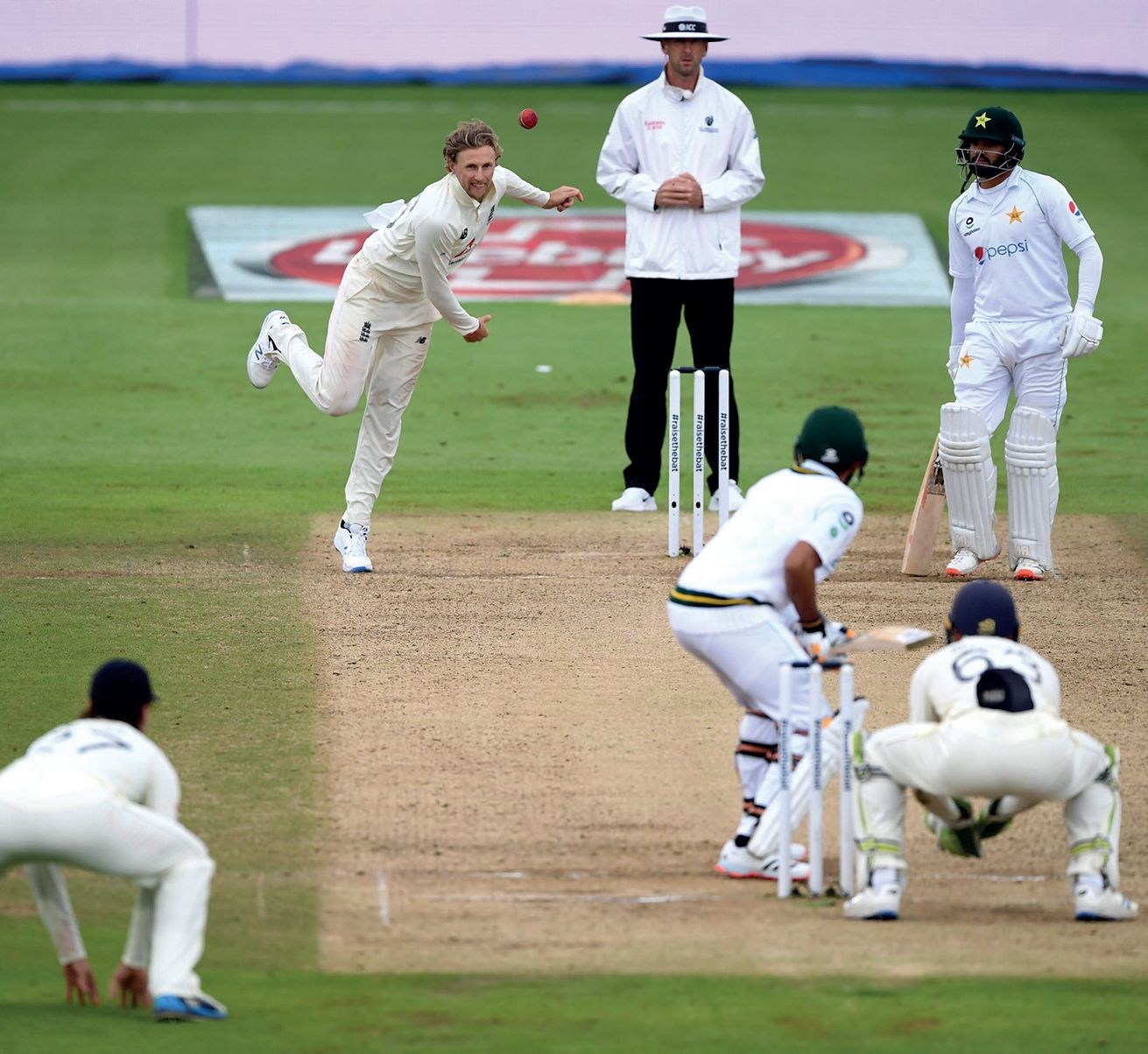 Playing on: England’s Test summer was pretty much salvaged but the US Open tennis final between Dominic Thiem and Alexander Zverev, inset, sadly lacked big-match atmosphere

DESPITE some initial reservations, ‘bubble’ cricket has been good to watch. Unlike more intimate fan experiences – such as the various football codes – watching it on television played in front of empty grandstands has not been too jarring for such a slower tempo sport like cricket.

It’s been a far cry from tennis, which has felt eerie without the gasps and claps from the crowd. Watching the classic US Open final between Dominic Thiem and Alexander Zverev unfold was depressing knowing how incredible it would have been in normal circumstances.

The Tests in England were of high quality even though Pakistan and West Indies inevitably ran out of gas towards the end. Sky Sports’ use of a fake crowd noise was just about right, capturing the reassuring murmur that is synonymous with a Test cricket ground’s ambiance.

The canned sounds, however, on the IPL’s broadcast have been at times overbearing although it is a somewhat accurate depiction of the tournament’s innate bedlam. But the on-field standard has been high with cricketers seemingly not really needing to feed off a crowd to get the juices going – as is the case in some fast-paced sports.

Things are looking pretty rosy after the English summer was mostly salvaged and the IPL – the tournament that underpins a chunk of the game’s finances – is now in full swing. While it has been heartening to see cricket return worldwide, ominously, things could get worse.

ICC sources recently told me that the financial toll has not been completely felt with the pain set to intensify next year. At cricket headquarters, the sport’s powerbrokers are bracing for the grim prospect that some governing bodies from smaller nations may become close to insolvent if the situation does deteriorate further.

It’s a frightening prospect, but a sign of the times exacerbated by several major cricket countries being hard-hit by the coronavirus. There is uncertainty over what will be the financial ramifications if cricket can’t be played in India for a prolonged period.

Despite the BCCI’s optimism that the five-Test series against England early next year will be played in India, it is looking increasingly likely there won’t be international cricket there any time soon with even the prospect of a bubble appearing logistically unrealistic.

The ICC, according to sources, have contingencies over next year’s T20 World Cup if it can’t be held in India with the UAE and Sri Lanka likely to be on standby.

Of course, money spinner BCCI can tap into its deep reserves and outlast the pandemic but other boards won’t be as confident, particularly with the schedule in tatters after so many series have been canned.

The Australian summer is now looking decidedly brittle, a major disappointment after what had loomed as a blockbuster season marked by the now postponed T20 World Cup. A historic one-off Test against Afghanistan has also been shelved among other series, including a limited-overs tour from Zimbabwe.

It is a logistical nightmare for Cricket Australia (CA) made even tougher by different pandemic regulations from state governments. CA deserve some slack but it should be noted that the lucrative four-Test and ODI series with India has been salvaged. That same determination has not been evident elsewhere. It is little surprise smaller nations like Zimbabwe and Bangladesh have not toured Australia for over 15 years.

With the economic tumult set to linger for some time, there is fear from smaller cricket nations that Australia, India and England will be further incentivised to play each other even more.

Cricket West Indies chief executive Johnny Grave summed it up nicely. “Something administrators need to think carefully about – is this just about generating money for ourselves or is this about not just growing the sport in our territories but helping to grow the sport in new markets and different countries?” he recently told me. There is politicking beyond cricket’s control. Governments worldwide have different pandemic regulations and some are less willing to bend the rules.

Bangladesh cancelled their upcoming tour of Sri Lanka after stringent quarantine measures – where players would be confined to their rooms for 14 days and not allowed to train after arriving in the island nation – would not be eased.

Both teams have not played since the pandemic and a scrapped series is a major financial hit for two smaller cricket nations. Quite clearly, navigating government rules will be a continual headache for administrators.

As the ECB can certainly testify, playing in bubbles is a costly endeavour and one that some cricket boards might not be able to undergo. For most countries, it will be the only option available to ensure cricket is played but it comes at some risk with the mental toll for players and staff already being widely documented.

Governing bodies will have to be well equipped to provide the necessary support for its players and staff. So concerned about this issue, CA will soon announce a newly created role devoted entirely to mental health. It is doubtful less well-heeled governing bodies can be so resourceful.

Led by the ECB’s blueprint, cricket has managed to spring back to life and provide plenty of entertainment – and distractions – in these tough times. But many hurdles remain.