As England’s director of cricket, Ashley Giles knows in this year of all years his job is more than just addressing on-field issues. That’s why he is working hard to ensure the winter tours of South Africa, Sri Lanka and India go ahead.

England were hugely grateful for the willingness of the West Indies, Ireland, Pakistan and Australia to travel to the UK this summer. It meant all 18 men’s international matches were played – saving the England & Wales Cricket Board from losing an estimated £280million in broadcast revenue.

Now, with the winter yet to be finalised, Giles and others at the ECB are determined to help out other boards around the world by fulfilling their touring commitments over the next few months – starting with a white-ball trip to South Africa in November.

Just like this summer, all these matches will have to take place in bio-secure environments, with the task of pulling off tours amid a global pandemic extremely challenging.

Giles, though, remains positive. “We are in constant dialogue with teams around the world,” he says. “We are due to tour South Africa, and due to tour Sri Lanka and India after Christmas and we are confident all this cricket will happen.

“But we have to remain flexible and agile as we have done throughout this whole process and at times leave the final decisions to very last minute.

“We have already done a couple of planning sessions. It is very challenging but, so far, we are very confident that the cricket will go ahead and it is important we work together across the globe to get cricket on. We have been very lucky this summer with the way the West Indies, Pakistan, Australia and Ireland have committed to cricket here and I think we have a responsibility to do that elsewhere.”

In the week it emerged England’s centrally-contracted players will have to take a pay cut this year, Giles is keen to underline the economic importance of keeping cricket going despite the uptick in coronavirus cases around the world.

“If we don’t play any cricket at all in next 12 months then the impact is huge,” says Giles. “It doesn’t matter what contract you have. If there is no income they are not worth paper they are written on but we are very confident we will get cricket this winter.”

The effect of living in bio-secure ‘bubbles’ for weeks on end can be draining on players, coaches and other backroom staff. That’s why ahead of a winter that could see England on tour for more than three months in all, Giles is planning to have a far bigger playing pool to select from. It will mean more chances for those on the fringes and regular rotation for all-format stars such as Jofra Archer and Ben Stokes.

“We’re trying to communicate as honestly and clearly as we can with the players and on a regular basis,” says Giles. “One of biggest challenges will be managing that workload and well-being side for our players and staff with restrictions on bubble or behind-closed- doors or whatever you want to call it.

“Going abroad for possibly the best part of three-and-a- half months it is not realistic to think our best cricketers can be involved in all of that cricket. Again that’s where a bigger group of players come into play We have to look after our people otherwise we will have situations of burnout.”

England face Test series in Sri Lanka and India after Christmas. So it; was telling that in the new round of Test contracts handed out this week there was no room for a spinner – with Jack Leach and Dom Bess given only increment deals. 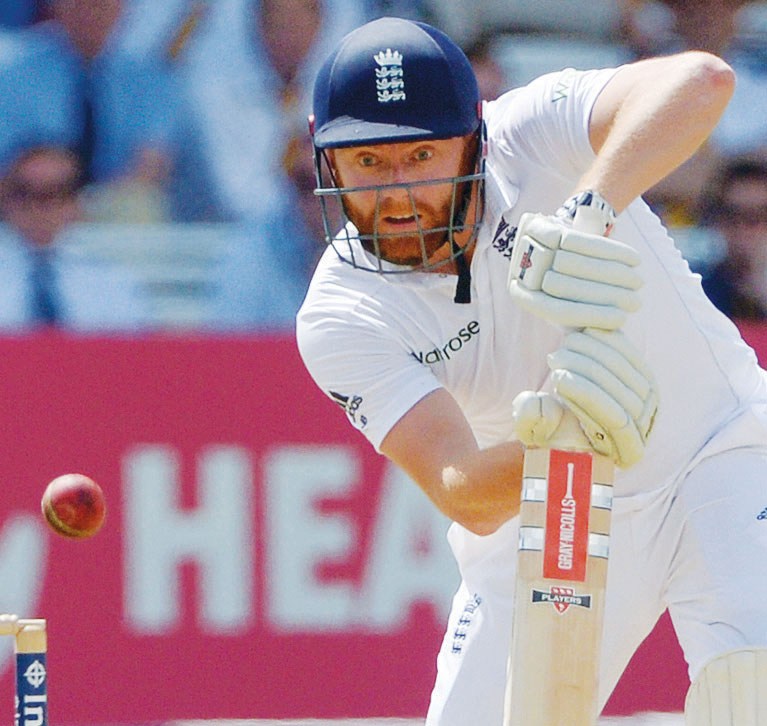 It’s a no-go: Jonny Bairstow missed out on a Test contract 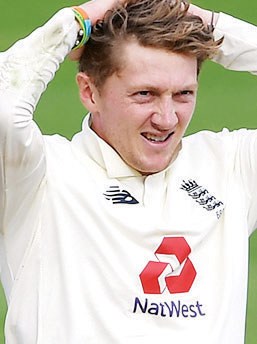 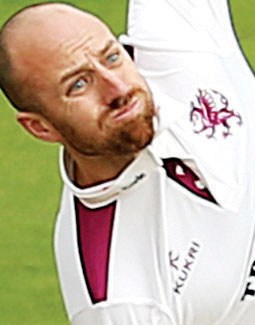 Giles, himself a left-arm spinner who played 54 Tests for England, said: “Jack and Dom have played important roles for us in the past and this summer. Dom made really good progress but there are only so many awards to make and there are tough decisions. I hope if we see one of those guys develop we would love to be offering a full contract to one of our spinners [next year].”

Jonny Bairstow also missed out on a Test contract, perhaps indicating the end of the wicketkeeper- batsman’s hopes of winning back the place he lost at the end of last year’s home Ashes series.

Yet Giles has offered the Yorkshireman some hope for the future. “I hope it leaves him still very hungry to continue and have a really important part to play in the future of English Test cricket,” he said. “It’s a knock for him, I’m sure. Jonny played one Test match in the year and we only have so many contracts we can award.

“It’s a tough call to make, Jonny has been a good servant for the team but he remains a really important part of what we do.

“I’ve spoken to him a number of times. He’s taken it as well as you could expect – and I mean that genuinely.”

The ECB’s losses this summer – at least £100m in all thanks to coronavirus – means they are having to make 62 staff redundant.

Yet Giles is adamant England will still address the vacancies that have yet to be filled since the start of Chris Silverwood’s tenure as coach a year ago ¬- namely full-time fast bowling and spin bowling coaches.

“We have some vacancies we intend to fill,” he confirmed. “This year we were in a position where we had two bubbles running and recruited from the counties and had some good [part-time] coaches in our network we can use but it is not sustainable. We will have to recruit.”