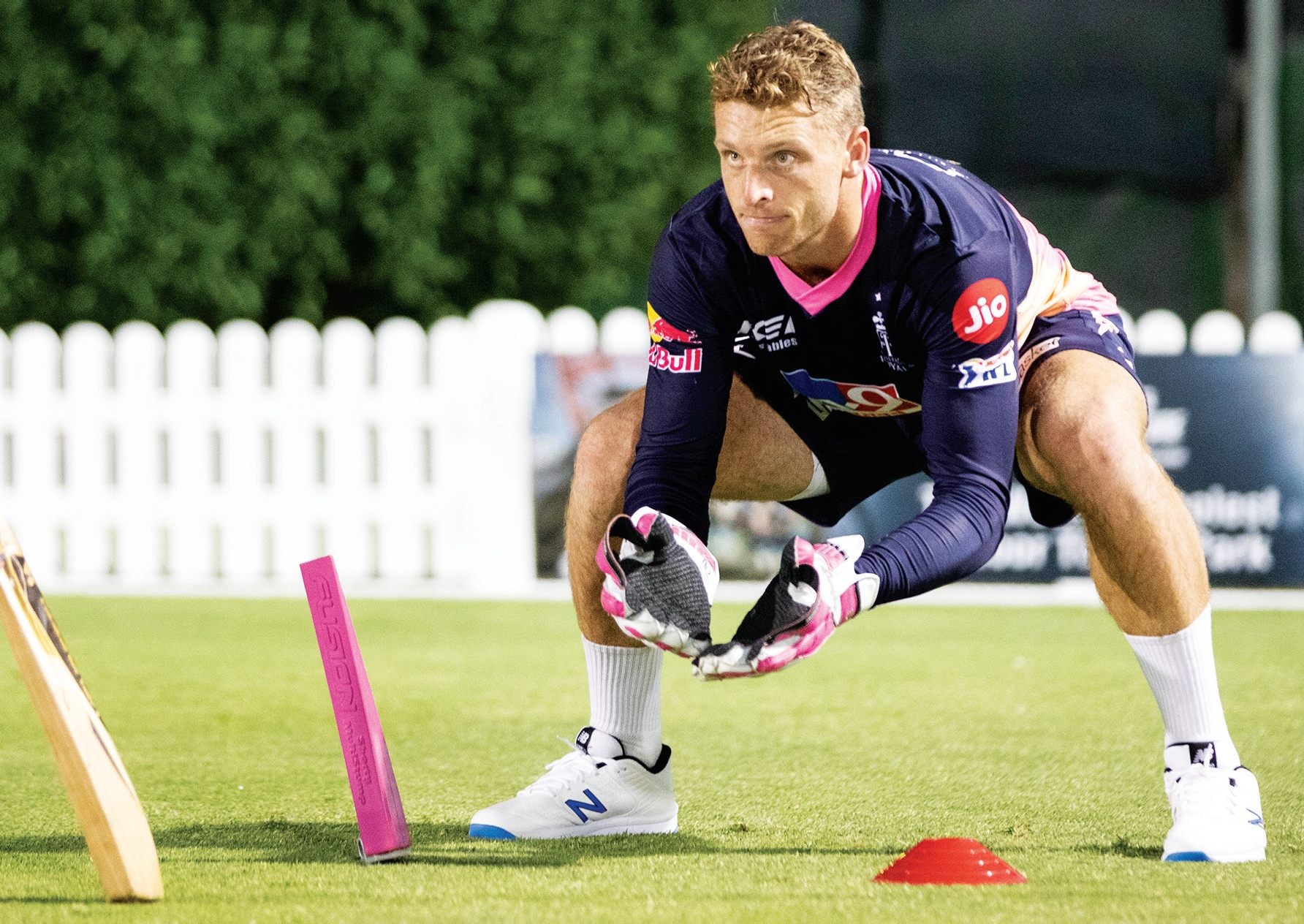 Golden gloves: Jos Buttler has teamed up with England colleague Jonny Bairstow, inset, again in the IPL with the Rajasthan Royals 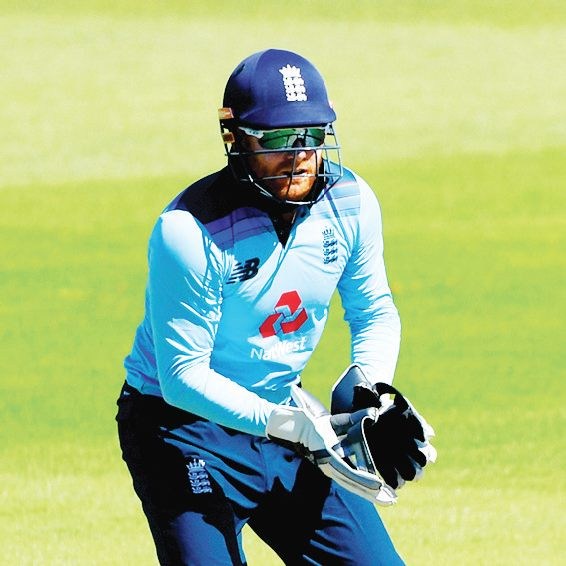 JOS BUTTLER is backing Jonny Bairstow to bounce back from the disappointment of missing out on a central Test contract with England.

Bairstow’s omission was one of the main stories to emerge when the contracts for red and white-ball cricket were handed out last week.

Big-hitting Buttler has retained his in both formats, hardly surprising given his performances with the bat this summer.

And although his wicketkeeping came under scrutiny at times in the series against Pakistan and the West Indies, he is still England’s number one behind the stumps.

That’s a title that Bairstow enjoyed for some time until being left out of England’s tour to New Zealand last winter. He then played a single Test in South Africa shortly after Christmas before missing all of England’s five day matches during a pandemic-hit and at times chaotic 2020.

Buttler and Bairstow are currently in the UAE, with the former playing for the Rajasthan Royals and the Yorks h i r e m a n continuing his prolific T20 form with the Sunrisers Hyderabad.

How long it will be before the pair are reunited in the longest format, though, remains to be seen.

“I’m sure Jonny will be disappointed,” Buttler told The Cricket Paper. “He’s been a fantastic character for England in all formats over the last few years and as we all know with Jonny when he wants to prove a point, he’s just a brilliant cricketer so I’m sure he’ll have lots of desire to get back in the Test team.

“As every wicket keeper- batsman in the country, that desire should be to be the keeper for England and Jonny’s no different. He’s is a brilliant cricketer, I’m sure he’ll continue to show that.”

Taking Buttler’s place in the team will be an even tougher ask after he scored his second Test ton against Pakistan at Hampshire’s Ageas Bowl home back in August.

In all, the 30-year-old scored 416 runs at an average of 52 as Joe Root’s men hit their Test straps in front of empty stadiums on home turf.

He now finds himself opening the batting for the Royals in the IPL and playing alongside his England team-mate, Jofra Archer, who has made a predictably huge impact with bat and ball in the opening three matches of the tournament.

Both Royals’ spent a lot of time in each others company in the England bubble before heading out to the UAE, but after being in Southampton and Manchester for so long, Buttler explains that the equivalent experience in the IPL has made for something of a refreshing change. “It’s obviously a bit warmer here. It’s nicer here that we’re away from the ground,” he says. “We don’t wake up and have a view of the cricket ground so it’s a bit easier to to get away from the cricket.

“I have my family with me as well which is really nice, and the hotel is great. We’re being really well looked after, we’ve got a beach we can use, and we can use the pool at certain times, and the tennis court and stuff, so the two bubbles are a little bit different

“The fact that we’re not staying at the ground makes it feel a little bit more normal.”

tournament known for its raucous noise and colour is the fact that the matches are being played out to empty stands in Abu Dhabi, Sharjah and Dubai.

No matter how loud your team-mates are, there is no substitute for 50,000-plus supporters going collectively crazy every time a ball is struck in anger or a wicket is taken.

“We are certainly missing the crowds, especially at the IPL, where one thing you really associate with it is the noise and the crowd,” he says. “So that’s taking a bit of getting used to for some of the players.

“I’ve watched a few games on TV and it comes across really well, it’s certainly a good viewer product, if you’ve got it on in the background it really does sound like a normal game which is great.

“As we saw in the summer in England, the quality of cricket is really good and from speaking to a lot of the guys who haven’t been playing for five or six months, just how excited they are to be back and playing is fantastic, 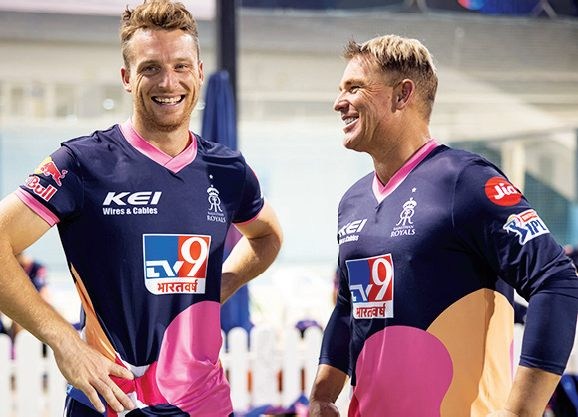 “It’s certainly different. Sharjah seemed to have more noise around the ground than at Dubai. Dubai was a lot quieter. You don’t lose the intensity but the crowd, especially in the IPL, just create such a buzz.

“Every ball is such a massive event, but you just lose the reaction. The cricket is the same but you lose that reaction to an amazing shot or a wicket, or even when the ball goes into the outfield.”

The sound of silence will be the over-riding memory of this extraordinary year, and quite how long international and franchise cricket will continue without the noise is anyone’s guess. The struggles of the likes of Virat Kohli in the tournament so far, though, suggest that some of the biggest names, who usually thrive off the pressure that playing in front of capacity crowds brings, are finding it more of a struggle than others.

“I wonder, over time, if the pressure is a little bit different,” says Buttler. “You think of playing against Dhoni or Kohli as they stride to the wicket and the crowd is going crazy. Obviously that doesn’t happen behind closed doors, and maybe that might help some of the younger players who are playing against them, lose a little bit of fear factor because the crowd aren’t on their back as well.

“You just get used to the IPL and the razzmatazz of the crowds, but it’s the same in England as well. We get so well supported so it’s just different. There’s probably just less emotion in the game, that’s how I see it.”

Watch the Rajasthan Royals in the Dream11 IPL on Sky Sports.