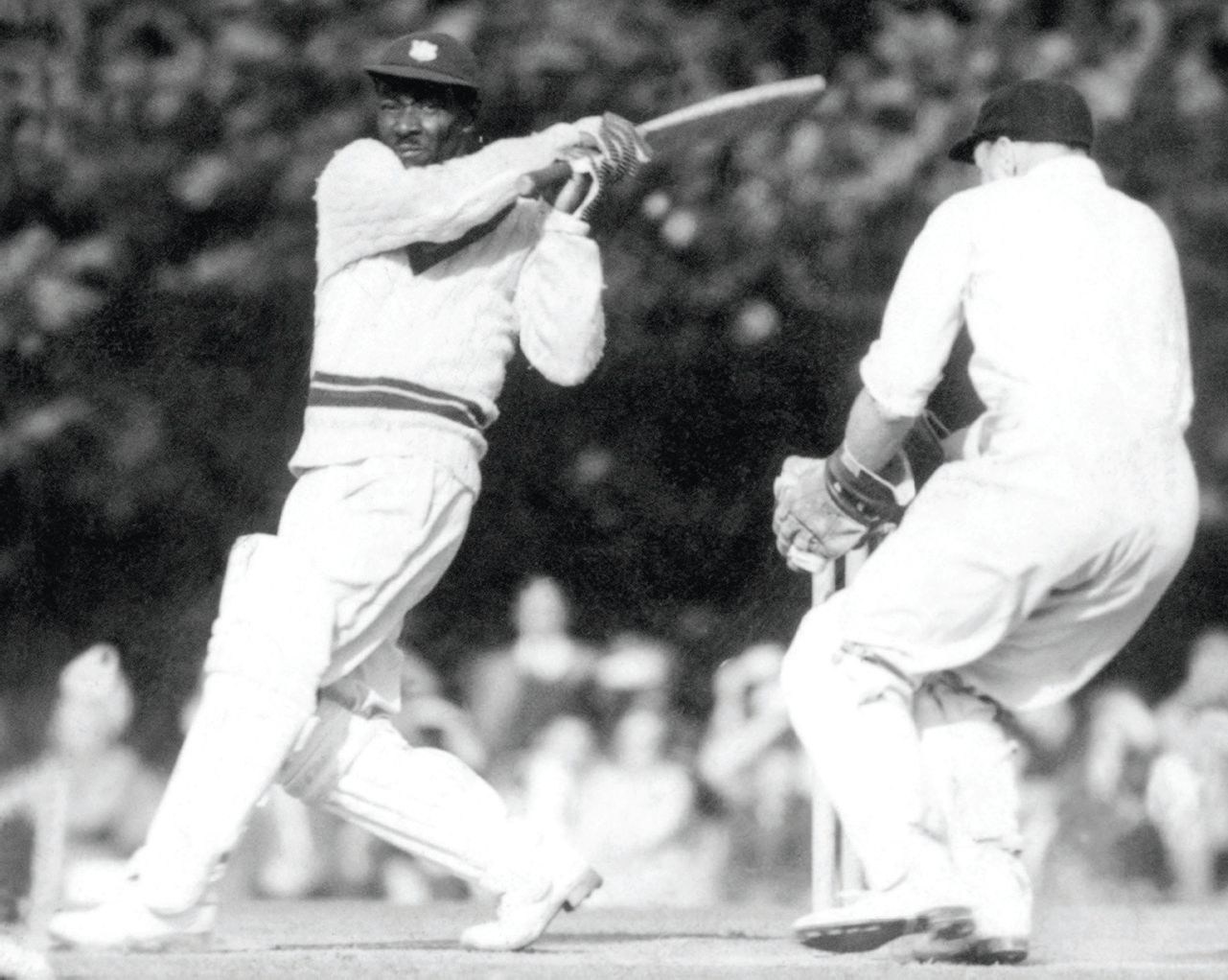 The truth is that luck, good or bad, plays a significant role when it comes to success or failure

But for a delay in the arrival of his papers from Panama, George Headley would have been a dentist in the USA rather than one of cricket’s greatest batsmen. The West Indian legend was born in Colon, and a period of unemployment in Jamaica prompted him to begin the process of seeking a career elsewhere.

With his papers late in coming, however, Headley had time to make his first-class debut for Jamaica against the visiting Lord Tennyson’s XI from England. He impressed, and the rest, as they say, is history.

Yet, consider what might have occurred had his documents arrived in time and he was successful in migrating to America. There would’ve been a missing chapter in West Indies and world cricket. The man dubbed “Atlas,” for carrying West Indies’ batting on his slender shoulders, the player dubbed “The Black Bradman”, the man still widely favoured for the number three batting spot whenever an all-time West Indies team is selected, would have been lost to the great game.

We would’ve had no knowledge of this, of course, “history does not divulge its alternatives,” as the saying goes. But, it is undeniable that Headley added much to the story of West Indies cricket. The game would’ve been much poorer for his absence.

Headley’s tale brings to the fore the role that fortune plays in life. In A Different Corner, George Michael laments a romantic union gone wrong, and suggests that it might have been better had circumstances conspired to prevent their first meeting: “Take me back in time maybe I can forget, turn a different corner and we never would have met.”

Our lives are the result of much planning and deliberate action. But, they are the result of happenstance as well, incidences totally outside of our control. Luck plays a larger part than we realise or are willing to acknowledge.

“The harder I practice the luckier I get,” is an oft-repeated maxim of uncertain origin. It is a saying normally used by sportsmen to discount the occurrence or consequence of luck. Successful sportsmen will frequently dismiss the idea that luck had anything to do with their performance. They like to think that whatever success they’ve had, is solely down to them. To admit otherwise is to diminish the value of the skill and endeavor they applied to their craft.

The truth is, however, that luck, good or bad, plays a significant role when it comes to success or failure in sports. Indeed, the vicissitudes of luck is part of why we watch sports. It fosters uncertainty, which, in turn, creates interest in the process and the result. On any given day, the underdog can upset the champion. Whenever that occurs luck is likely to have played some significant part, and sport is the better for it.

The speculative shot from 35 yards out that takes a cruel deflection and ends up in the roof of the goal and leads to an unlikely win, is due to some measure of good luck on the part of the triumphant team.

Cricketers progress due to ability and hard work. But luck often plays a part too. On tour of Pakistan in 1980, Michael Holding, attempting a return catch during the first ODI, reawakened a shoulder injury that had plagued him in the past. He was ruled out of the remaining international games, which paved the way for the fearsome Sylvester Clarke.

The Jamaican’s injury cleared up after the series and he fought hard to regain match fitness during the regional Shell Shield first-class competition. But when the squad for the first ODI against the visiting English team was announced, Holding’s name was absent, and with the other fast bowlers getting the job done he became concerned that his place was in jeopardy.

It happened however that during the Pakistan tour, Clarke had retrieved a block from the boundary marker and hurled it into the crowd in response to being pelted with various objects. A student was hit on the head and badly injured. It required surgery to save his life.

A tour by England followed and Clarke’s case was placed before a disciplinary committee shortly before the first ODI. Their verdict was a three-match suspension, which meant the Barbadian had to be excised from the squad. Holding was named as replacement and so resumed his international career at Arnos Vale in St. Vincent, where he bowled Chris Old and John Emburey to grab the last two wickets of the match, ensuring a two-run win for the West Indies.

“My place on the team was again settled,” Holding reflected in his first memoir, Whispering Death, “But I’m not so sure it would have been had Clarke not thrown that brick in Pakistan.”

With Ben Stokes, below, and Adil Rashid at the crease England needed 15 from the last over, bowled by Trent Boult, to win the 2019 50-over World Cup. After two dot balls Stokes clobbered the third delivery for six, leaving his team with nine to get from three.

The fourth, a full toss was played to deep midwicket and the batsmen set off for two. In diving for safety Stokes’ bat inadvertently redirected the ball to the boundary, meaning England were credited with six runs. In any case, England got at least four extra runs, which may have made all the difference in the world in them managing to earn a tie, which, in turn, resulted in a super over, which England won.

But what if Stokes were run out off the fourth ball? The ball was headed in the general direction of the stumps and might well have hit had his bat not intervened. Or what if England hadn’t gotten those four fortuitous runs when the ball was deflected to the boundary. Batsmen usually don’t run for such deflections but since it went to the boundary Stokes had no say in the matter.

Either of those scenarios would likely have resulted in England losing, rather than winning the World Cup. All the praise would therefore have been heaped upon the New Zealanders instead and England would have been left ruing another World Cup failure. The win was widely lauded in England and seemed to inject new interest and life into the English game.

In 2018, during the opening Test of India’s tour of England at Egbaston, Virat Kohli scored 149 and 51. But the great batsman was dropped on 21 and at 51 during the first innings and played and missed a number of times during both innings, prompting former Indian player Aakash Chopra to tweet: “The difference between getting beaten while fishing outside off or nicking one is LUCK. Since it can’t be quantified it doesn’t get enough mention.”

It turns out, however, that with modern technology it can be quantified. Which brings us to England batsman, James Vince.

The right-hander, possessor of one the most exquisite cover drives in the business, appears to be, according to CricViz analyst Ben Jones in an article that appeared in Wisden some years ago, the unluckiest batsman in the world, at least at one point. The average batsman in test cricket plays 12.1 false shots per dismissal against seamers. For Vince, the number was 6.3.

The well-worn idea is that bad luck evens out over a player’s career. There is no evidence that this is true and it certainly has not been true in Vince’s case. “His ratio of edges to misses,” writes Jones, “is higher than anyone to appear regularly in an England shirt in recent times. However, here is the killer point; of the 88 players in world cricket to bat 20+ times in Tests since Vince debuted, no player has a higher ratio of edges to misses than Vince. Not a single one.”

As a fan, I hope his luck changes when he gets another chance at the highest level. 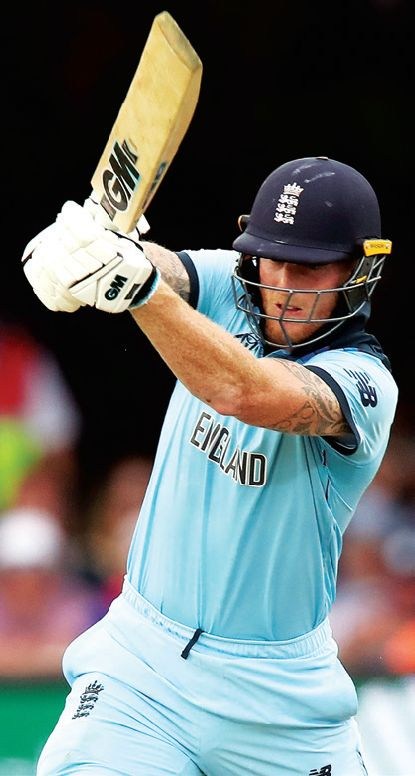